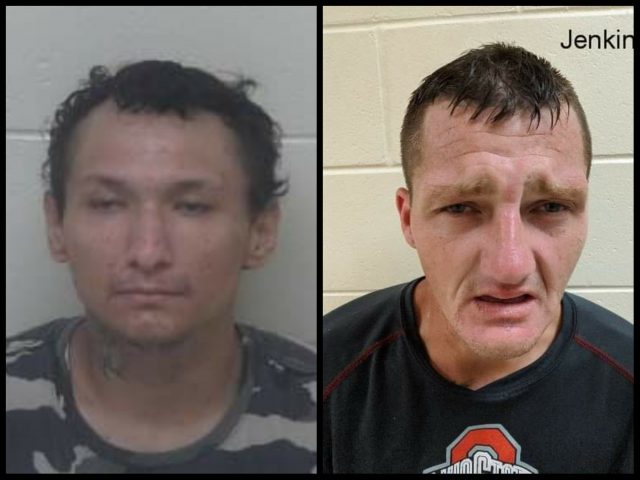 Upon execution of the warrant, officers found the residence to be inhabited by seventeen adults. Officers discovered and seized approximately (10) grams of an unknown powdery substance, digital scales, and several cellular phones. Officers also observed evidence of drug abuse throughout the residence.

At the request of task force officers, the Portsmouth City Health Department responded to the scene and after conducting an inspection; condemned the residence.

30 year old Justin L. Jenkins and 25 year old Lee Prince, both of Portsmouth, Ohio, were arrested on outstanding arrest warrants that had been issued by Portsmouth Municipal Court and were placed in the Scioto County Jail.

The case is continuing to be investigated by task force detectives and will be eventually be forwarded to the Scioto County Prosecutor’s office to be presented to a Scioto County Grand Jury.

Chief Brewer and Sheriff Donini would like to thank the tactical medics from the Portsmouth Fire Department for their assistance with the warrant execution.
Chief Brewer and Sheriff Donini request anyone wishing to leave drug information for the Southern Ohio Drug Task Force, should phone the Task Force tip line at
(740) 354-5656 or email [email protected] All information will be kept confidential and anonymous.