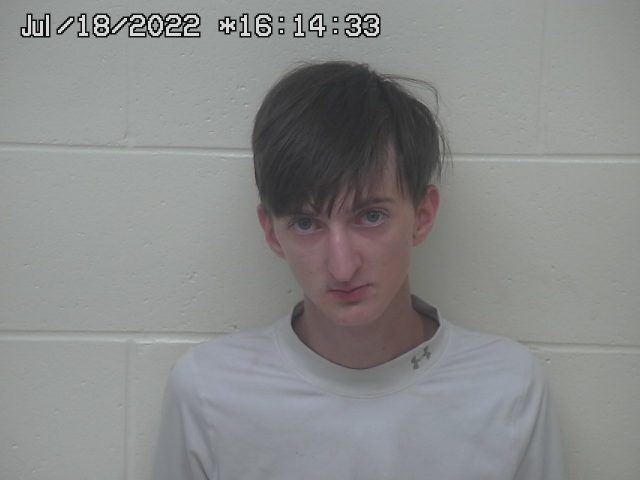 Scioto County Sheriff David Thoroughman states that his Office was contacted on Monday, July 18, 2022 by the Portsmouth Police Department and the Scioto County Prosecutor’s Special Victim Unit reporting a sexual assault of a 5-year-old, which occurred in Portsmouth.

Sheriff Thoroughman stated that the 5-year-old victim was initially taken to Southern Ohio Medical Center for treatment. She was then transferred to Adena Regional Medical Center, in Pike County, continuing her treatment and a sexual assault examination.

Det. Sgt. Jodi Conkel, working jointly with the Prosecutor’s Office Special Victim Unit, started an investigation. The investigation revealed witnesses living in the area of the incident, resulting in the recovery of video from the incident location. Det. Sgt. Conkel was able to locate the suspect at his residence, located at 1332 Park Ave. Portsmouth, Ohio. He was detained for
questioning without incident, resulting in his arrest.

Arrested was Cody Lee Taylor, age 18, of Portsmouth. Taylor has been charged with one count of Rape, a felony of the 1 st degree. Taylor is currently being held on a $100,000.00 bond and will appear in Portsmouth Municipal Court this morning, Tuesday, July 19, 2022.