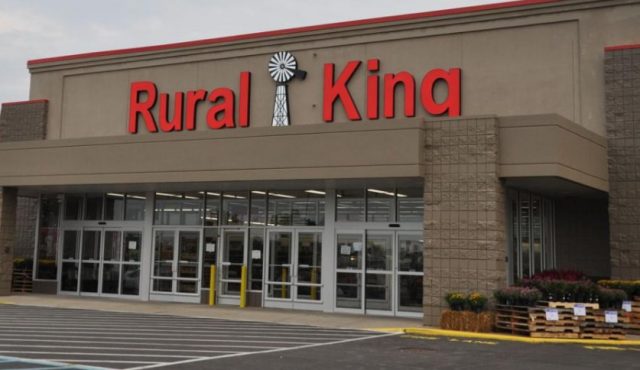 Waverly, Ohio: October 6, 2021 –– Rural King, ‘America’s Farm and Home Store’, based in Mattoon, Illinois, Wednesday announced plans to expand current operations in southern Ohio, alongside JobsOhio, Ohio Southeast Economic Development (OhioSE), the Ohio Development Services Agency, and Pike County Economic & Community Development. The family-owned business will invest more than $33 million to purchase and renovate the Jackson Building, a 1 million-square-foot warehouse located outside of Waverly in the Zahn’s Corner Industrial Park, along with the purchase of new machinery and equipment.

“We are appreciative of the strong support we have received from JobsOhio, Pike County, the City of Waverly, OhioSE, and SODI since establishing operations in the County in 2015”, Blake Pierce, Director of Real Estate for Rural King indicated. “The continued support from State and Local authorities is meaningful for undertaking and operating the proposed project, but several other items must be addressed in the coming months for the project to move forward. We are confident this will be accomplished.

”Mr. Pierce also stated, “The solid workforce and work ethic of Pike County employees has contributed greatly to our success and we feel will do so for this expansion, as well.”

JobsOhio and OhioSE worked collaboratively with Rural King on the expansion of operations in Waverly providing an $800K Revitalization Grant. The JobsOhio Revitalization Program offers loans and grants to companies to redevelop underutilized properties and put them back into productive use. This funding lessens the financial risk and increases the speed at which sites are redeveloped. Today the company was awarded a Job Creation Tax Credit by the Ohio Tax Credit Authority. The Job Creation Tax Credit will grant the company benefits based on the new payroll they create in Pike County.

“Since locating to Pike County several years ago, Rural King has continued to reinvest in southern Ohio due to our excellent distribution channels and skilled, available workforce,” said OhioSE President, Mike Jacoby. “This project will bring Rural King to 715 well-paying jobs in Pike County, which will make the company one of the largest employers in the OhioSE region.

”Waverly is located in Pike County, Ohio. Pike County is classified by the Appalachian Regional Commission as “distressed” with a June, 2021 unemployment rate of 7.4%. “Rural King’s entry to Pike County has been a boon for Pike County,”

Gary Arnett, the Director of the Pike County Office of Community and Economic Development said. “Rural King located in Waverly in 2015 and now will occupy nearly 3,000,000 square feet and employ hundreds. We are very thankful for the partnership with Rural King, OhioSE, JobsOhio, the Joint Economic Development Initiative of Southern Ohio (JEDISO) and the Southern Ohio Diversification Initiative (SODI) to help make this happen.”