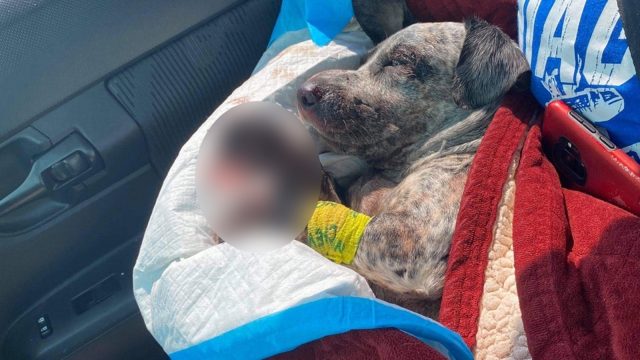 The dog, named Blake by the Humane Society staff, was humanely euthanized at the recommendation of veterinary staff due to the severity of its injuries.

Testimony was provided by witnesses to the event, as well as Ross County Humane Society Executive Director Jenn Thomas, Ross County Deputy Dog Warden Pam Longlott, and Ohio State University Veterinarian Dr. Anda Young, all of whom cared for the dog after the incident. Northfork Animal Clinic veterinarian Dr. Blake Lloyd was also in attendance as he provided care locally for the dog before it was sent to O.S.U. Veterinary Hospital.

Judge Schmidt handed down the maximum sentence allowed for the charges including 180 days in jail, restitution to the Ross County Humane Society for medical bills incurred from the care of the puppy in the amount of $775.37, completing 200 hours of community service, a $2,500 fine as well as being prohibited from ever owning a companion animal again.

Jenn Thomas, Executive Director of the Ross County Humane Society, says “We are thankful to Judge Schmidt for recognizing the severity of the cruelty case and for sentencing accordingly. While we wish the circumstances had never occurred, it’s good to see the message sent that animal abuse will not be tolerated in our community.” She also encourages the community to continue to report any cases of animal abuse or neglect to the Ross County Dog Warden for canine calls or to reach out to the Ross County Humane Society to be put in contact with their contracted Humane Agents for all other calls.