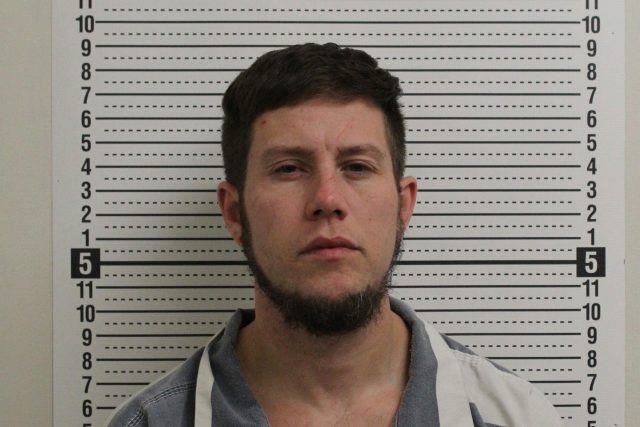 ROSS COUNTY – A man was arrested after a chase through the woods in a jeep after an attempted warrant arrest.

According to Ross County Sheriffs’ department, the SOFAST team was attempting to serve an arrest warrant for felony domestic violence at his residence of 7545 SR 28, Frankfort in Ross County, Ohio. There are two gravel driveways leading off of SR 28 in this area. The two are approximately twenty feet apart from each other and run parallel to each other. Both drives have multiple dwellings on them and the order of addresses is not easily noted. When the US Marshalls attempted to locate Chase Daugherty he fled and attempted to leave in his black 2014 Jeep Wrangler JK Sahara that was coming out from the rear of the private drive.

Officers, clearly identifiable with outer tactical vests and identifiable
lettering stating either “POLICE” or “US MARSHALS” on their vests, reported once they directed their attention to the Jeep and activated their overhead lights and sirens, the Jeep moved in reverse at a high rate of speed, back the lane. Daugherty then drove off the lane, through yards, and around multiple dwellings before heading the Jeep straight through a fence and into the woodline running adjacent to the residences. Once in the woods, he realized he could not continue to drive through the woods after crashing his Jeep into trees and did exit the vehicle to be taken into custody on the warrants. He was then transported to the Ross County Jail by two task force officers.

Daughtery will now face the charges on his warrant for two counts of domestic violence, assault, and now a new charge of failure to comply with order or signal of a PO.