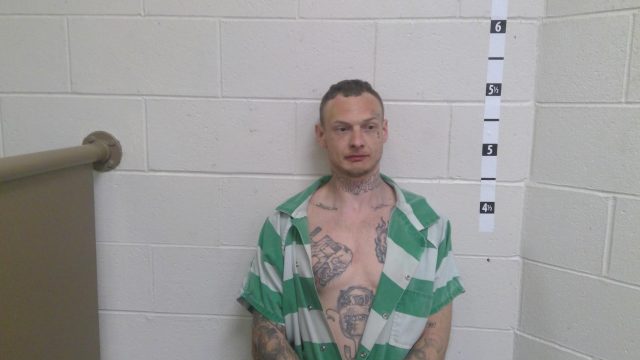 CHILLICOTHE – A man was arrested for motor vehicle theft when police found him in an alley with someone else’s property.

According to the Chillicothe police department, they were dispatched to the area of near S. Hickory St. and E. 7t St., in reference to a possible stolen dirtbike. When they arrived they found a man pushing a white and blue dirtbike through the alleyways. They stopped the man and asked him where he got the bike and he told them he bought the 2001 Yamaha YZ426F from an unknown male a couple of days ago. The man did not have any paperwork to support his claim. After checking his identity Walter Davis Jr., 34 also had an outstanding warrant for his arrest for drug charges.

The owner was contacted about the bike and told police that it was stolen out of her back-enclosed porch, for a second time.

Walter Davis Jr. was charged with theft without consent and for his warrant of possessing drug instruments.