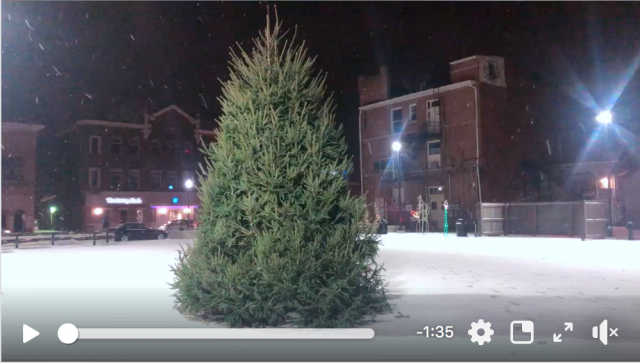 CIRCLEVILLE – The New Pumpkin Park will be utilized in the first tree lighting in Circleville this year.  Yesterday November 28th local groups put together the decor for the park and Rhoads farm market brought in the tree for donation.  Heres the video interview from yesterday that I did live.  Check it out!

Here is a video I shot last night durning the snow and after set up.


The event is planned for December 2, 2018 at the downtown Pumpkin Park located at 102 Court Street Circleville from 4:30 pm to 6:00 pm. Pumpkin Park was recently completed just before Pumpkin Show, some scrutiny came on Pumpkin Show Inc. about use of the park for the year-round event and not just for one week a year. This is the second major event that has happened in the new park in less than a month of its ribbon cutting other than Pumpkin Show events.