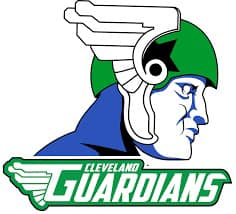 Cleveland Guardians Roller Derby is an established women’s roller derby since 2011 and has been playing MRDA flat-track roller derby league since. The team also has a men’s group and competes competitively both locally and around the US and Canada.

Now the question is what will happen to the same name groups? We contacted the group and they said, “We are unable to comment at this time.”

We also reached out to the former Cleveland Indians but weren’t immediately messaged back.