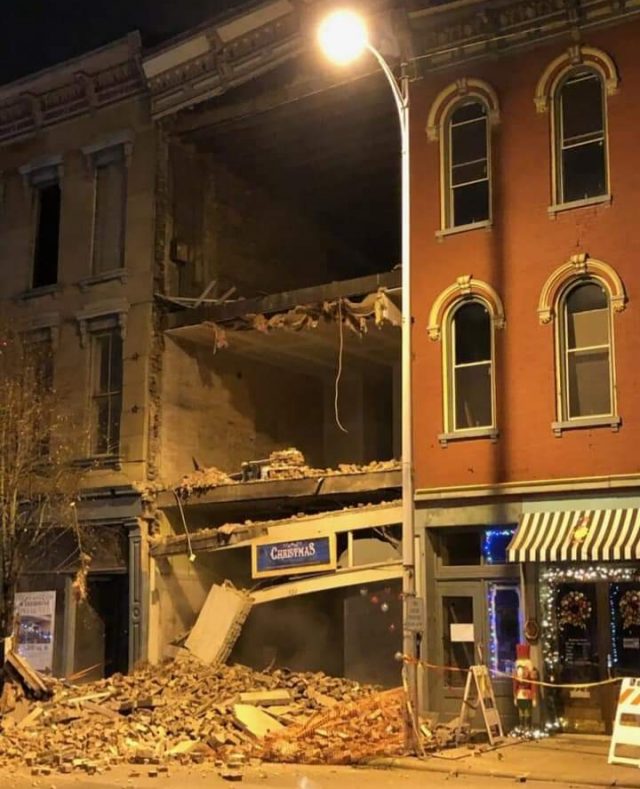 Portsmouth OH- Christmas on Second, a family owned holiday seasonal shop located in the heart of Portsmouth, Ohio- where locals consider it the Boneyfiddle District.

The shop had its grand opening on November 29th of 2019 and in the early morning hours of December 1st, the unthinkable happened.
The building that housed the shop began to collapse. It didn’t take long and the entire front end of the historic building came crashing down onto the sidewalk and street.

There were no injuries reported and emergency personnel quickly secured the scene.

Now, a day later, the owner of Christmas on Second, Janie Haas, has announced the grand re-opening of the shop that will take place on December 6th 2019 in a new location, directly across the street from the previous at 515 2nd Street. 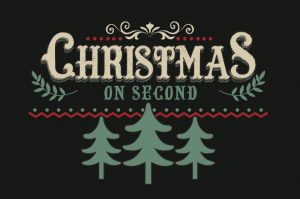 Here is a quote from her Facebook page.
“Christmas on Second update: We are pleased to announce that we will be reopening this Friday 12-6-19 at our new location right across the street. The Friends of Portsmouth graciously offered us their headquarters located at 515 2nd Street. We were truly amazed by the outpouring of support and help we have received over these last few days. A special thanks to my Family, Jeremy Burnside and Maddie Burnside, Sean Boldman, Scott Carson, Betty Everett, Tim Wolfe, Joe and Anna Johnson, The Portsmouth Fire & Police Departments and the clean up crew. I apologize if we missed anyone. We live in a great community, and are honored to be a part of it’s growth and perseverance. It was refreshing to watch people drop whatever they were doing and lend a helping hand. Portsmouth Rocks! Please no negative comments.”