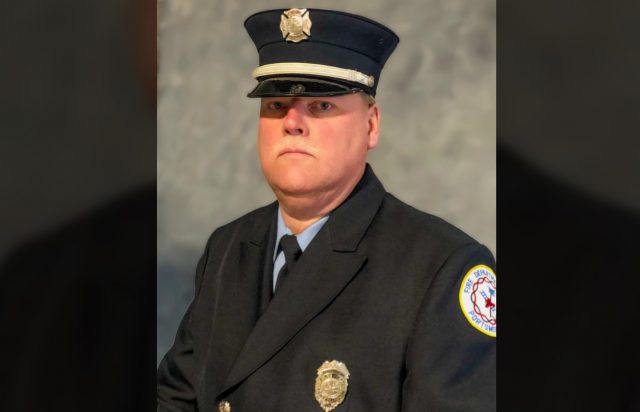 It is with the heaviest of hearts that we announce the Line of Duty Death of our brother, Firefighter/EMT Edward Long. Ed was serving as Engine 2 Engineer when he became unresponsive while returning from a call. Despite the best efforts of his crew and the staff at SOMC Emergency Department, Ed passed away at 11:30am. Ed was hired at the Portsmouth Fire Department on 3/17/1995. He is survived by his wife Lisa, sons Cole, Colin and daughter Callie.
By all accounts Ed was an excellent Driver/Engineer. No one knew his truck as well as he did. No one took care of this truck as well as he did. Ed also was known as quite the story teller, especially the length of his stories and the enthusiasm with which he told them.
Ed liked his steak well done to the dismay of his crew. Ed snored to the dismay of his crew. And Ed loved and spoke often of his family. It was rare to see Ed out and about without one or all of his kids in tow. As much as we hurt right now, we can only imagine the pain his family is feeling. We ask that you keep his family and all that knew and loved him in your thoughts and prayers in difficult days ahead.