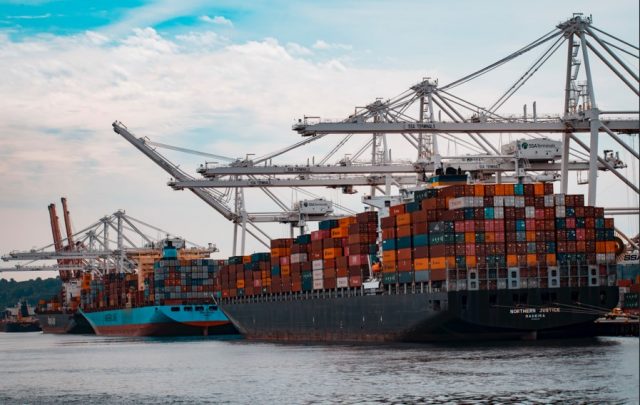 Ohio’s ports are currently bustling with activity in 2022. The ports have seen more action than usual recently due to the ongoing supply chain issues in the US. In fact, the Port of Cleveland witnessed a 69% increase in tonnage in 2021 compared to 2020. Shipments included goods that were in and out of containers and iron ore shipments.

Their shipping container volume also doubled over the course of the year. Many regional firms depend on the Port of Cleveland to stay in operation. The Port recently expanded its iron-ore tunnel and the main gate to keep up with demand. Read on to learn more about what’s happening in Ohio’s bustling ports.

As of April, Ohio’s ports are officially open for the 2022 navigation season. The St. Lawrence Seaway, Ohio’s connection to the Atlantic, is also open for business. Port of Cleveland CCO David Gutheil is optimistic about the rest of the year. He said, “We’re expecting to build on the success we achieved in 2021 as we position Cleveland as a key destination for cargo.”

The St. Lawrence Seaway shipping system has a significant economic impact on the world. It passes along eight US states and two provinces in Canada. The entire system is powered by Great Lakes Seaway shipping – and it supports over 237,868 jobs. With high numbers on the horizon, there will be plenty of maritime job opportunities in Ohio. Besides the Port of Cleveland, there are five other ports and harbors in the state. They’ll need operations supervisors, plant managers, freight loaders, etc. According to Jones Act attorneys, it’s also wise to have legal counsel in mind. They will represent you if you incur an injury during a maritime job.

United World Line, an Ohio-based logistics company, is adding new offices near ports in California and Vietnam. In April of 2022, the announcement took place with officials saying the offices were necessary due to growing demand. The LA and Long Beach ports are two of the busiest in the United States. Ho Chi Minh City in Vietnam is also one of the busiest ports globally.

United World Line’s parent company is World Group, and they’re based out of Rocky River, Ohio. The company saw massive surges in demand in 2021 due to supply chain issues in the United States. COVID-19 disrupted the cycles of global shipping, making deadlines less predictable. World Group’s response is to open these two new offices in California and Vietnam to help curb rising demands.

Ohio’s ports near the Great Lakes play a significant role in the supply chain of the US and the rest of the world. That’s especially true after the impact of the supply chain issues caused by the pandemic. The country will look to Cleveland and the Great Lakes as prime cargo destinations going forward. There will be significant job growth in the area, so it’s an excellent spot for those in the maritime industry.