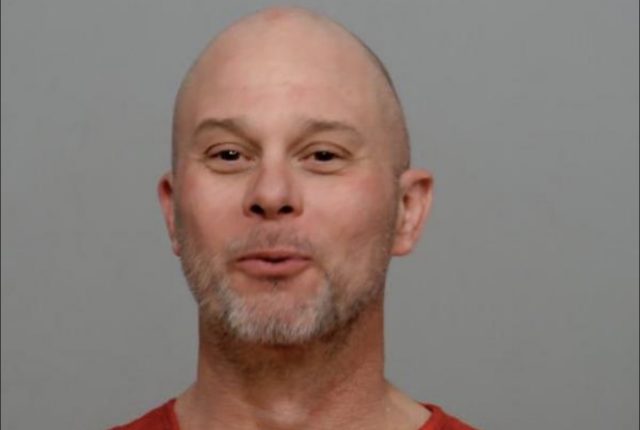 Pickaway – A Pickaway man was arrested and charged after Deputies found him asleep in someone’s home after trashing it.

According to Pickaway Sheriffs office they were. Allen to 13000 block of Tenny Rd. Lot 53 on a possible domestic violence call. While in route, dispatch advised that there had also been an assault on our caller.
Upon arrival, In spoke with The homeowner who advised that Heath Dickerson just showed up to her home intoxicated even though he is not welcome there. She advised that he got into an argument with his girlfriend and that was the reason he was there.

She then took his car keys as his girlfriend was on her way there. She advised that Mr. Dickerson then choked her after she advised him that she was leaving. She also advised that she locked the doors after he walked out the home and was unsure how he managed to get inside. While inside, Heath Dickerson destroyed her 68 inch TV and trashed her home. She then stated she ran to a neighbor’s house and stayed there until law enforcement showed up.

When Deputies attempted to locate Mr. Dickerson and was able to find him in the home sleeping in the kitchen floor.

Heath was then placed under arrest for Assault and Criminal Damaging. Heath became combative and hostile while being transported to the Pickaway County Jail by hitting his head on the cage and yelling obscenities and racial slurs. He also complained about the cuffs being too tight but would not allow me to check them. While at the jail sally

port Heath threw himself to the floor and it took staff to help get him into the prison.