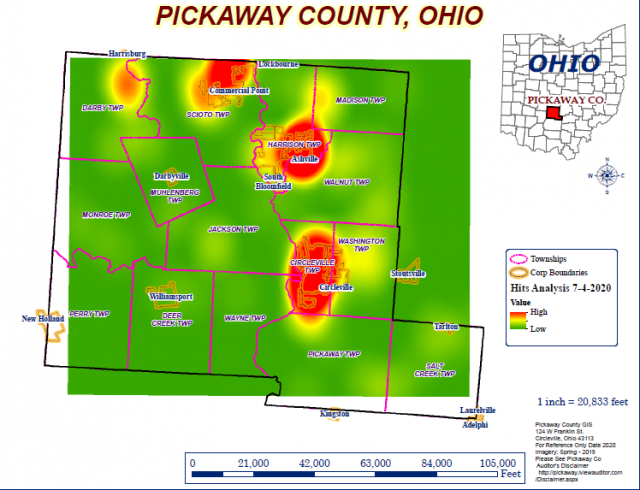 PICKAWAY – Pickaway Health have release a map showing the hot spots of Pickaway county, and gave a update to cases in the county.

Pickaway numbers have remained stable for the last several weeks in the mid 40s of active cases, but one improvement was stated today with three hospitalizations dropping off and one died, reducing it to two in the county in hosptial.

On June 22 Pickaway County reported only 7 cases in the county this number was average over the entire month of June, but two weeks later on July 6, 2020 Pickaway county sits at 58 active cases and 6 people hospitalized. This is the highest number of active cases outside of the Pickaway Correction facilities that Pickaway has seen. According to Pickaway Health this is for two reasons, more interactions with people and more testing.

According to Susan Foster Director of Clinical Services Pickaway County Public Health, “We have seen a rise in cases. This is not only due to the expanded testing but due to the reopening of businesses, recreation, restaurants, bars, etc. I do not have exact numbers on the age ranges, but we are seeing an uptick in cases of children (18 and under).

What we can tell the residents of the county is that it is highly recommended to wear a mask in public, to maintain social distancing, to wash or sanitize their hands, to use sneeze and cough etiquette, and to stay home when you are ill.”

On July 2, 2020 Pickaway County Health offered a free testing facility for anyone that wanted to get tested for COVID-19. The testing during that time was heavy. 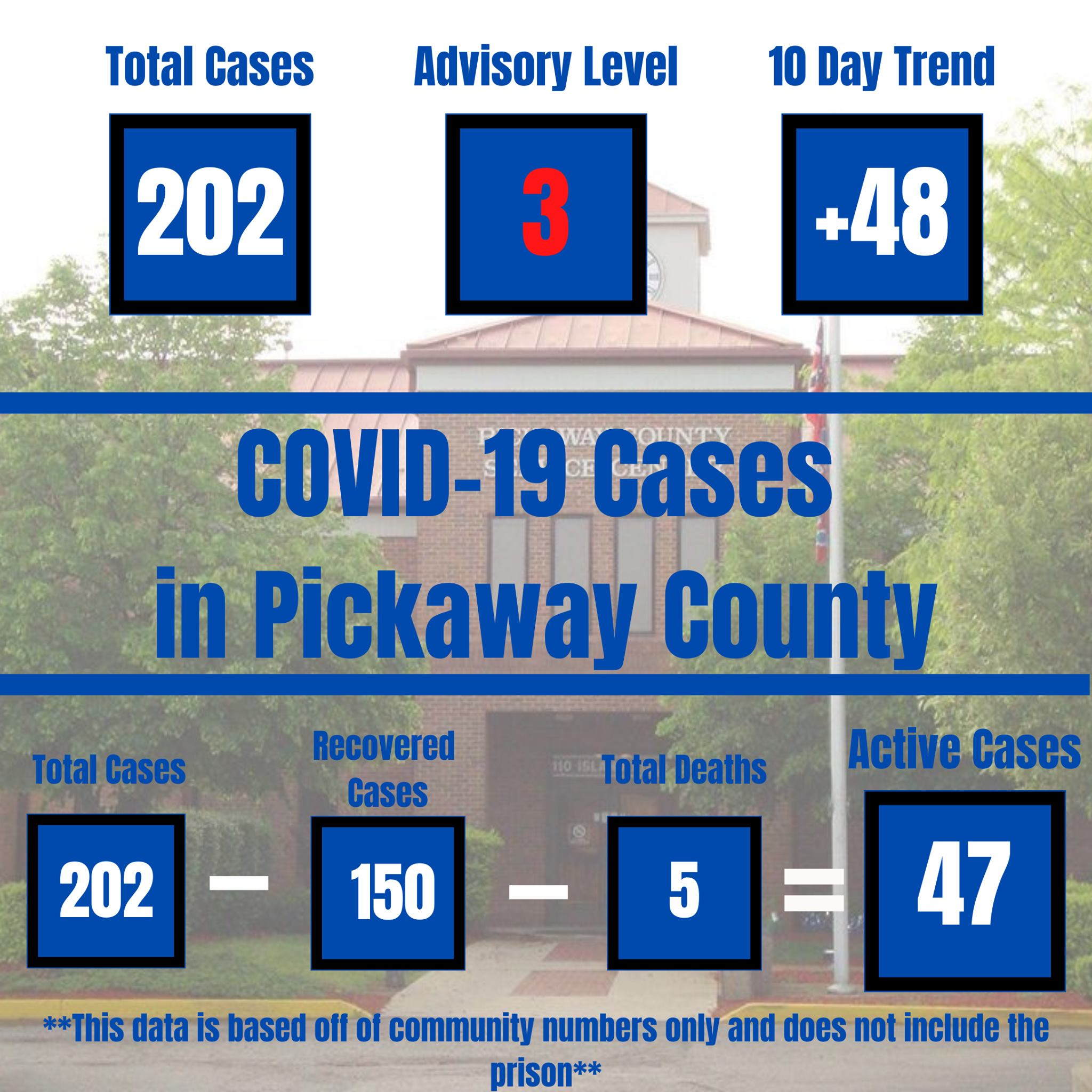 Pickaway county health said that on monday they will release finalized guidance regarding the director’s new advisory order and what exactly it means for Pickaway County residents and businesses.