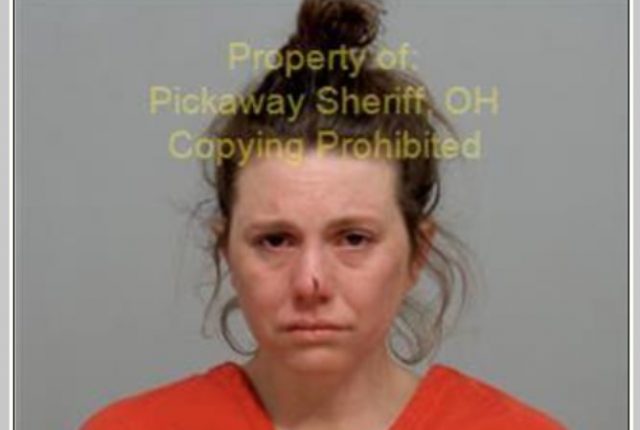 Around 3:30 pm on Saturday an anonymous call came into the Pickaway County 911 system of a woman who the caller said was drunk but left the house anyways to pick up her kids at a park. With a deputy in route to check the status of the driver, several other calls came into the system,

Once call told dispatch that the woman was driving on the wrong side of the road and almost struck a motorcycle head-on, another call reported that the driver was bleeding from the head after driving through someone’s lawn.

The sheriff’s department reported that somewhere in her drive she had backed into a tree also and the vehicle had collision damage.

Pickaway Sheriff’s department was able to stop the vehicle in the area of South Bloomfield Royalton road and Winchester road, where they called a medic for the driver and then arrested her for OVI.