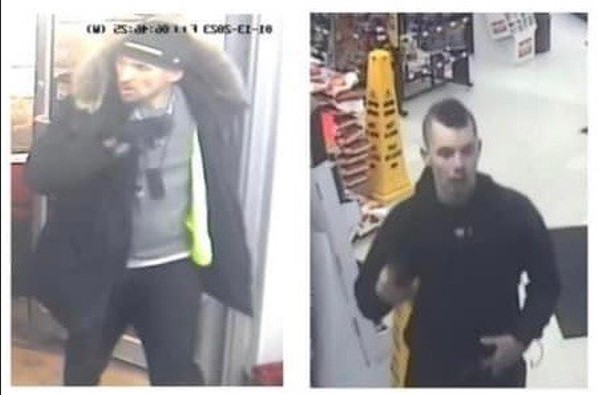 Pickaway – Pickaway Sheriff’s department is looking for the identification of two men who may have been involved in a series of crimes in the area.

According to Pickaway Sheriff office on January 13, 2023 at around 6:46 AM these two subjects were seen at Bubba’s Corner 11500 US 62 Orient, Ohio 43146. They told the clerk they were stranded and had a substantial amount of mud on them. On the same date at 8:05 AM Deputies were dispatched to two vehicles in the mud on the property of 12564 US 62 Orient, Ohio 43164. One of the vehicles was reported stolen from Gahanna, Ohio. Later that day at 12:55 PM Deputies were dispatched to Five Aces Towing and Recovery on report of a Breaking and Entering and Theft over the night before. A welder and miscellaneous tools were reported stolen by Five Aces Towing and Recovery. The welder and tools were located in the vehicles that was located in the mud earlier in the day.

If anyone has information on these two subjects, we would like to talk to them in connection to the thefts above mentioned. Anyone with information, please contact the Sheriff department