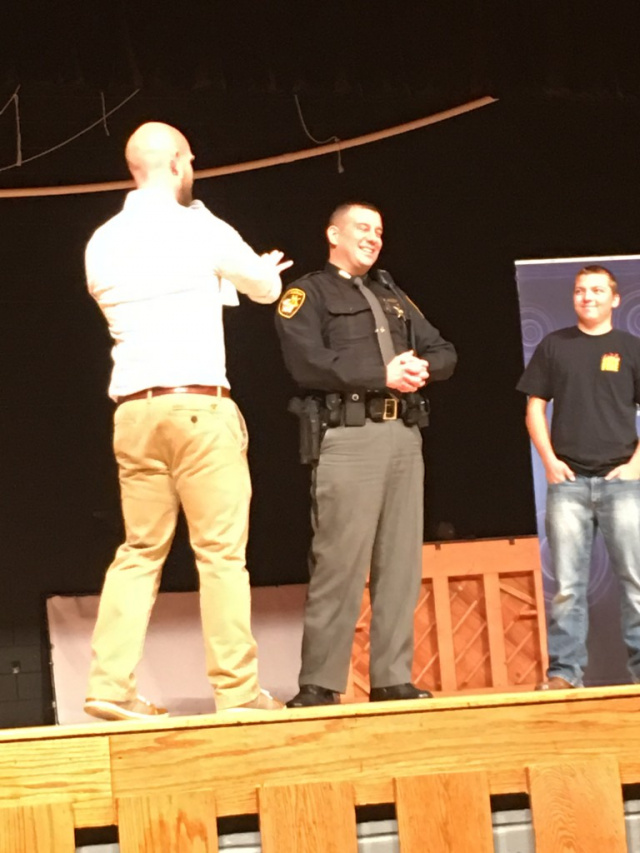 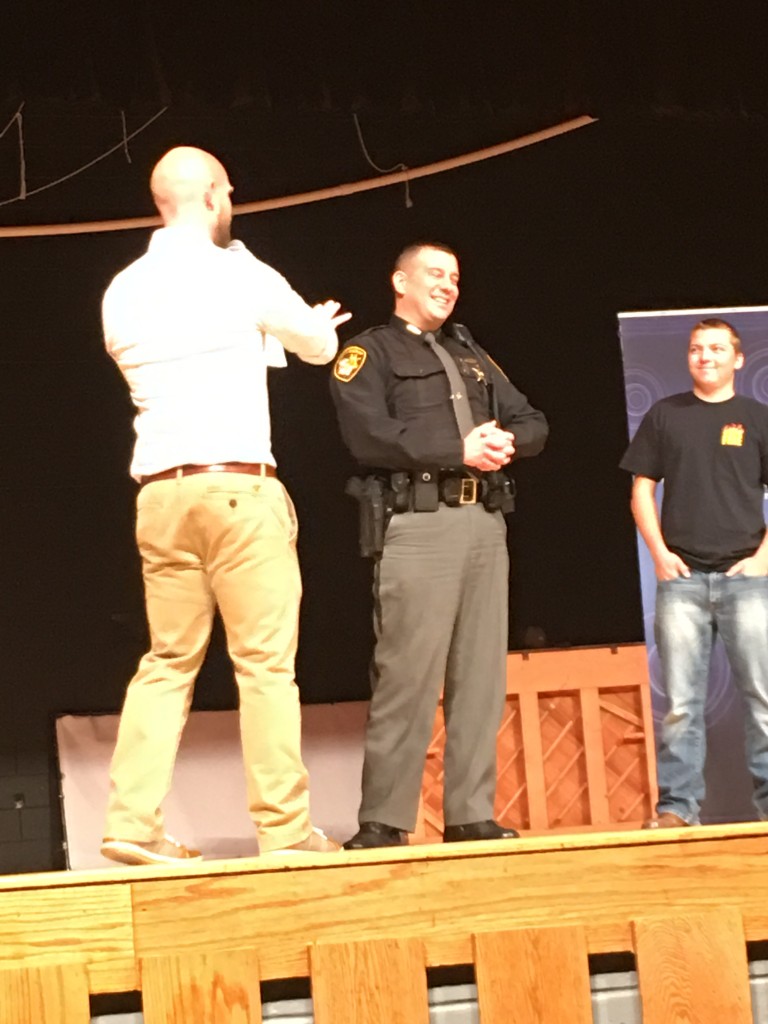 Westfall High School had assembled students for what Deputy Lane thought was a dedication ceremony for the new auditorium, but instead the assembly was to present him with the “Hometown Hero Award”. Deputy Lane had to run to the front of the auditorium when a “fight” broke out between two students. Once the “fight” was under control, he realized the real reason the students were assembled.

“The young man that nominated me is a wonderful kid,” Lane said.  “Since he’s come to the high school he’s been with me quite a bit and is always asking me questions about the job. He’s even said he’d like to become an officer someday”.

Every month, Sunny 95 and CME Federal Credit Union highlight a different community where a “Hometown Hero” is chosen.

Deputy Lane began his career with the Pickaway County Sheriff’s Office on December 3, 2001 under the direction of Sheriff Dwight E. Radcliff.  He has worked as a Corrections Officer in the Corrections Division under then Lt. Robert B. Radcliff (now Sheriff). Deputy Lane completed Basic Training for Jail Personnel October 18, 2002 which was held at the Pickaway County Sheriff’s Academy.  He completed his Ohio Peace Officer Certification at the Ohio University-Chillicothe from May 12, 2003 through November 12, 2003, and he also has an associate’s degree from Hocking College.

Please join all of us at the Pickaway County Sheriff’s Office in congratulating Deputy Lane for a job well done!