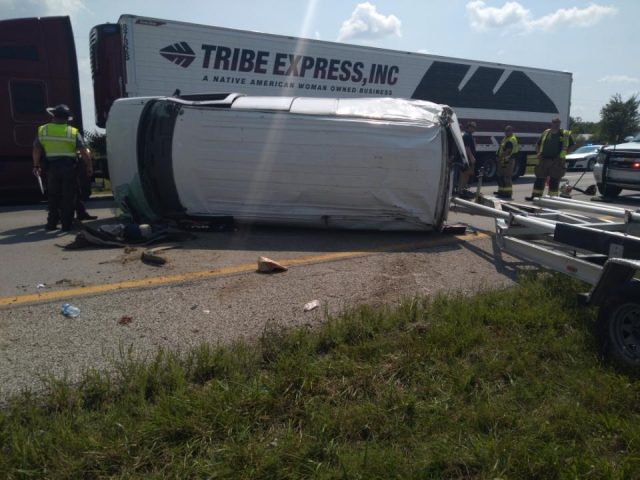 PICKAWAY – Ohio State Highway Patrol shut down I-71 in Pickaway county around the 89-mile marker around 2:30 pm on Sunday after a wreck caused a fatal death of a man.

According to OSP, there are several vehicles involved in the crash including a van, trailer, and a Semi. One vehicle was overturned and is on its side in the roadway. The Driver of the van who was thrown from the vehicle was life-flighted from the scene but later was pronounced deceased at a Columbus Hosptial. Only minor injuries to others involved.

Ohio Department of Transportation Closed  I-71 North beyond SR-56/London/Mt Sterling until Pleasant Corners exit ramp for hours during the crash.