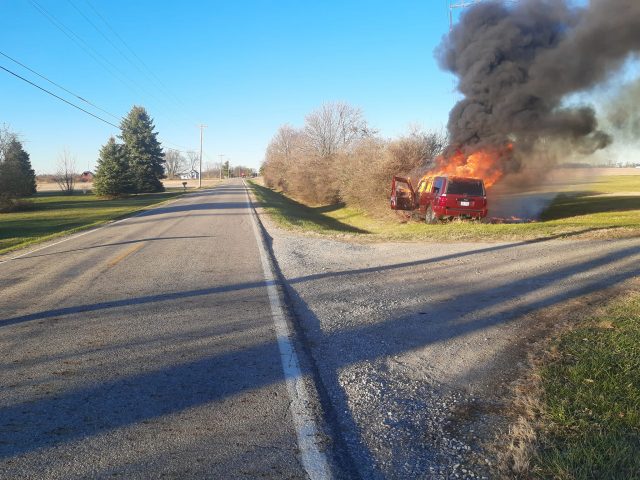 Scioto Township – No one was hurt in a vehicle crash, because of an innocent bystander who happened to come at the right time.

At 4:12pm a 911 call was received by the Pickaway County Sheriff’s Dept on a car fire in the area of 13800 Matville Rd, Orient. A good samaritan driving by stopped to help the driver out of the vehicle which had caught fire. Upon arrival the Scioto Twp Fire Dept quickly began to extinguish the now fully engulfed 2008 Jeep Commander.

The driver later stated that he wasn’t feeling well prior to the car going off the right edge of the roadway and striking a tree. Medics checked and released the driver on the scene.

The driver was the only occupant and no injuries were reported. First responders include Scioto Twp Fire and EMS and the Pickaway County Sheriff’s Dept.