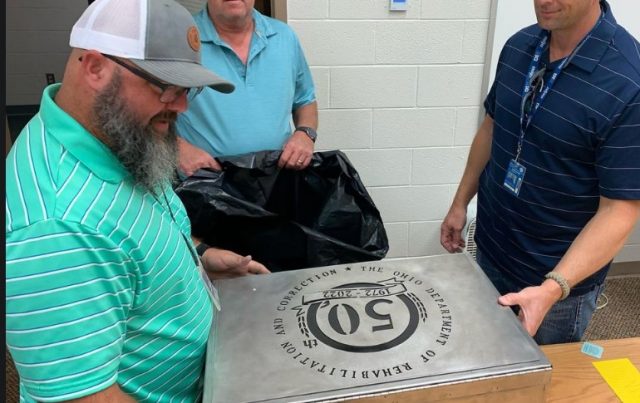 Orient – On July 8, 2022, the Ohio Department of Rehabilitation and Correction celebrated its 50th anniversary as a stand-alone state agency.

As part of the event, a time capsule was dedicated which included several items, plus additional items were brought to the event by facility leadership and other guests.

That Capsule was buried on Tuesday at the Memorial Park in Orient, OH.

During the celebration, the contents of the container were reported as followed.