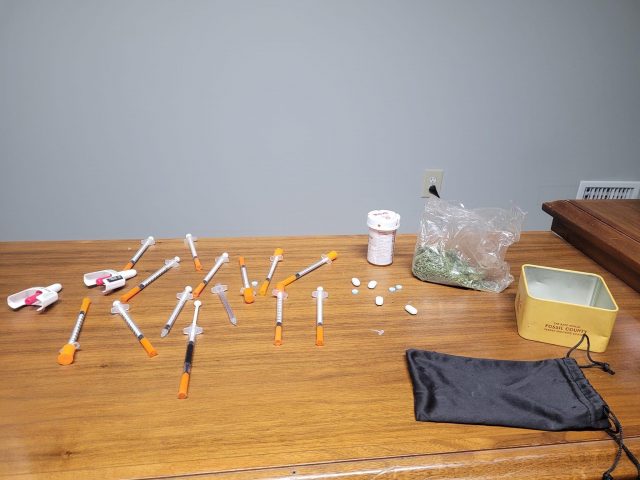 NEW HOLLAND – New Holland Police department reported that they have removed some drugs from the area after a traffic stop.

New Holland Police department went to social media to aware locals that these drugs were found inside the town and from a local person.

“These drugs and drug paraphernalia were confiscated over the weekend by myself and Officer Pate,” said Chief Lawless, “These needles are used for many dangerous drugs, but some of these in the picture are loaded with METH.”

Lawless said along with the loaded needles they found pills that did not belong to the driver, along with a baggie of marijuana and two Narcan shots.