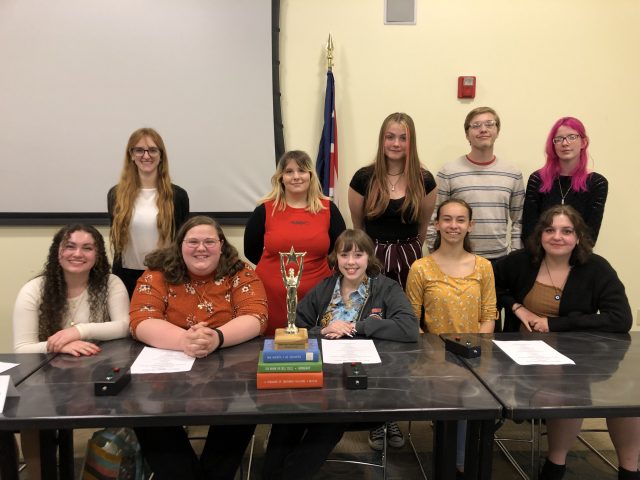 The 11th annual Pickaway County High School Battle Over Books competition was held April 1 at the Pickaway County Library. Eight teams from five high schools participated. In all, 40 students competed in the event. Teams earned points in a quiz-show format by correctly answering questions identifying of one of the 11 books on the reading list.

This year’s books included two non-fiction titles: “In the Shadow of the Fallen Towers” by Don Brown and “The Burning: Black Wall Street and the Tulsa Race Massacre of 1921” by Tim Madigan. Among the fiction titles were “The Midnight Library” by Matt Haig, “So B. It” by Sarah Weeks, “Grown” by Tiffany D. Jackson and “The Inheritance Games” by Jennifer Lynn Barnes.