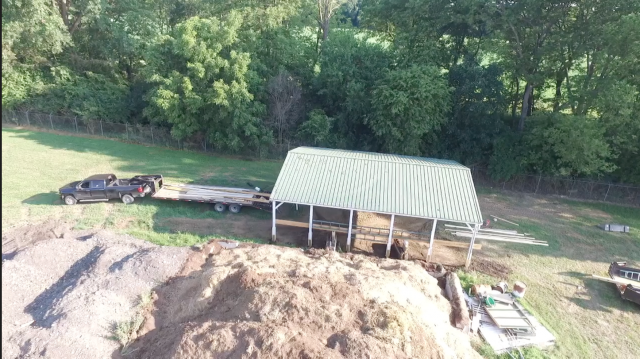 CIRCLEVILLE – Pickaway County Fairgrounds are tearing down structures on the fairgrounds. Preparing for the new construction and phase one of construction of the multiphase construction that will reinvent the location. Good news is that the Stage/Shelter house used for concerts and gatherings was in good enough condition to save and will be reused for storage on the back side of the fairgrounds.  According to Pickaway County meeting minutes from June 27, 2018, “Considering the upcoming demolition of several structures on the fairgrounds, Brad Lutz made a motion to appropriate $3600 to move the shelter house to the backside of the track.  To be placed behind the manure pit where it can be utilized as covered storage, while also raising the structure to 12 foot tall.  This motion was seconded by Tim Woodrow and passed following discussion.”

The structure was moved on July 9 safely, according to Brad Lutz this was a structure that was not on the plans to keep but was decided we could save it and get more use out of it.