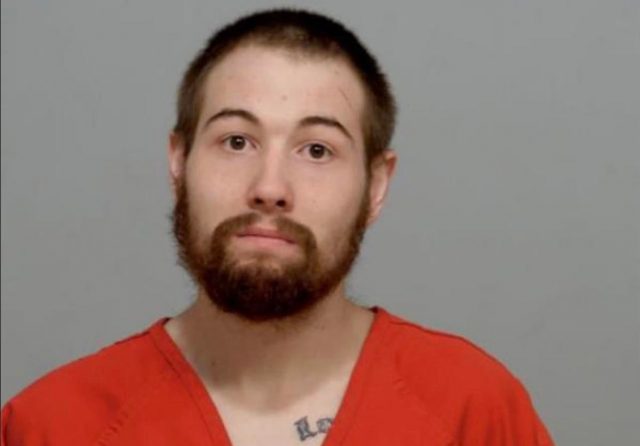 PICKAWAY – A 24-year-old man ran out of time and law enforcement caught up with him after a warrant for his arrest was issued months ago.

Jacob Roy Hammon was arrested on a warrant this week and transferred to the Pickaway County sheriff’s office. His warrant is from a failure to appear for a felony indictement for a 08-13-2021 incident.

According to Pickaway County sheriff’s office called to the intersection of Kellenberger Rd. and Orr Rd. in Ross County for a report of a stolen
vehicle. Dispatch advised that Ross County Sheriff’s Office received a call from a company that one of the company trucks was taken from their yard in Laurelville.

It didn’t take the sheriff’s department long to find the vehicle and suspect because the truck had a GPS tracker on it. When they caught up to the vehicle and stopped it they found 23-year-old Hammon behind the wheel. During the investigation, Hammon admitted to the deputy that he did in fact steal the work truck.

Hammon was charged with breaking and entering and theft of a motor vehicle both felonies. He was indicted on those charges in November of 2021 he was summoned to court and pleaded not Guilty. A notice to appear occurred on February 2, 2022. He did not show up, and since then he has been on the run from law enforcement.

Now that Hammon has been arrested he is being held with No bail and will face the charge of failure to appear along with his other charges.