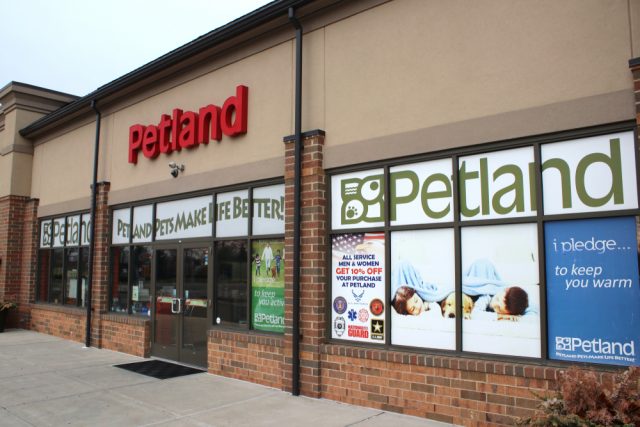 Ross County – Petland Charities is grateful to be able to provide much-needed funds to the Ross County (OH) Humane Society’s Capital Campaign with a total donation of $300,000 to build a new shelter. Petland Charities’ year-end giving also included $21,000 in donations to 21 local shelters and rescues across the country.

Ross County Shelter is in rough shape, built in the 1990s has reached the end of its lifespan. The new planned facility will be 7,000 square foot in size. have air quality, noise reduction, and enhanced disease control measures for dogs. The shelter sees around 1,400 animals per year at the location.

This isn’t the first time Petland has stepped up to this shelter, since 2019 Petland has committed to feeding every animal at that shelter providing 70,000 dollars worth of food, along with a 50-dollar Pentland gift card and a bag of food for every adopted dog.

“Petland’s partnership with the Ross County Humane Society is a collaborative model between businesses and non-profits to end pet homelessness, said Joe Watson, Petland President and CEO said in a release

Founded in 1967 and headquartered in Chillicothe, Ohio, Petland, Inc. is a global leader in the pet retail industry, with more than 240 retail stores throughout the U.S. and internationally. Petland re-opened its Distribution Center in 2015, launched a fixture design and manufacturing program in 2016, and has expanded its private-label product offerings to more than 1,200 SKUs. This expansion will add new manufacturing and distribution jobs to meet the growing needs of the company.

Petland President, Joe Watson, noted that keeping Petland in Chillicothe has always been a priority. He also noted that Petland received a $50,000 JobsOhio Economic Development Grant toward building and equipment costs.

“We are excited about this opportunity to develop our footprint in Southern Ohio. This expansion will allow us to remain competitive in a rapidly growing international pet industry and to support our community and provide jobs,” Watson.

“Our region is proud to be home to Petland’s global headquarters and this investment is great news for southern Ohio,” said Mike Jacoby, OhioSE President. “Petland has built global company right her in southern Ohio and we and JobsOhio are happy to partner on their continued growth.”