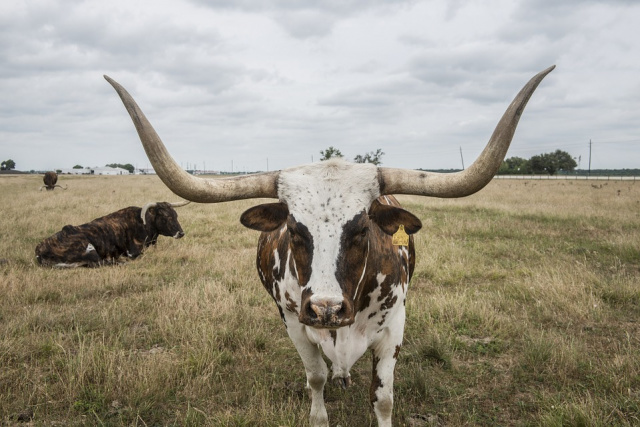 TEXAS – On March 18, 2019 Shelly Lumpin and and her husband called the “bluff” on petco’s “All Leashed Pets are welcomed” policy they have for customers to bring in and shop with pets at the chain pet store’s locations.  Lumpin decided to bring in a leashed African Watusi Steer.

African Watusi Steers are characterized for their very large horns.  The breed originated in Africa but over years of the popularity now has been cross bred with North American bulls and now has its own registry.

According to Guinness book of world records, “a bull named CT woodie had a horn circumference of 103.5 cm and a steer named lurch had horns measuring 95.25 cm as record holders” both animals were African Watusi.

In the video you can watch the couple carefully walk the Steer into the store, on lookers noticed the bull even before he got into the store.  When the bull got into the store the cashier doesn’t even appear bothers that this 1000 pound plus bull is in the store and several other Petco associates go over to meet the animal.

In the viral post many people say they they have taken some strange animals into Petco with no issues.  Including a Capybara the worlds largest rodent at the size of a small dog or large cat.