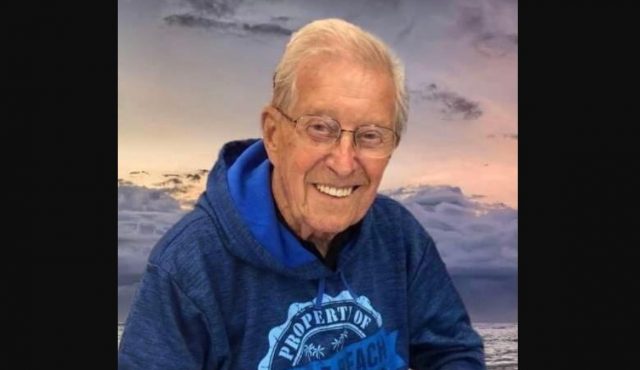 Paul was born, January 21, 1931 and raised in a small coal mining area near Pineville, Kentucky.  He graduated in 1950 from Bell County High School where he was the quarterback of his high school football team.

He was a US Navy Veteran specializing in navigation and proudly served his country during the Korean War. After his service he also attended Ohio University for a brief time. Shortly after Paul joined the Navy, his parents moved from Kentucky to Circleville, Ohio. It was there that he met the love of his life, Clara, while home on leave, and later where he and Clara settled to raise a family.

Trending
Avoid Alcohol, Know the Rules, and Enjoy the Unofficial Start of Summer
>

Paul was a dedicated and loving father, involved in coaching little league baseball and as an Indian Guide Leader, and known for patiently waiting in the front window for all to arrive home.

Paul had a successful career as a lab technician at DuPont, Circleville, where he retired with 42 years of dedicated service.

He was a member of the BPOE Elks Lodge #77 and Elks Singers (in years past), member of Independent Order of Odd Fellows, Columbia Lodge #32 and long-time parishioner of Emmett Chapel United Methodist Church.

While he made his life in Circleville, Paul always stayed true to his Kentucky roots. He enjoyed attending the Kentucky Derby for many years and returning home for class reunions to visit with old friends and family.

Paul will be most remembered for his delicious, made-from-scratch vegetable soup and heaping shrimp trays with his special recipe shrimp cocktail sauce; and his great talent for playing the organ by ear, his passion for nice cars, generous donations to children’s organizations, and the precious memories of annual beach trips with his family spanning nearly 50 years.   He deeply loved his family and had a soft spot for his great grand-dogs Denver and Clark, but Paul’s greatest success was as a doting grandfather. His love and pride for his only grandchild, Dr. Bailey K. Dye, was beyond measure.
His quick wit, warm smile, laughter, and genuine love will be forever missed. May love surround him in heaven as here on earth.

Services will be held Thursday, October 14, 2021, at Wellman’s Funeral home for immediate family. A graveside service for all will be at Forest Cemetery Thursday October 14, 2021 at 12:00 p.m.

Food will be provided immediately following at Emmett Chapel United Methodist Church,  where memorial contributions may be also made.