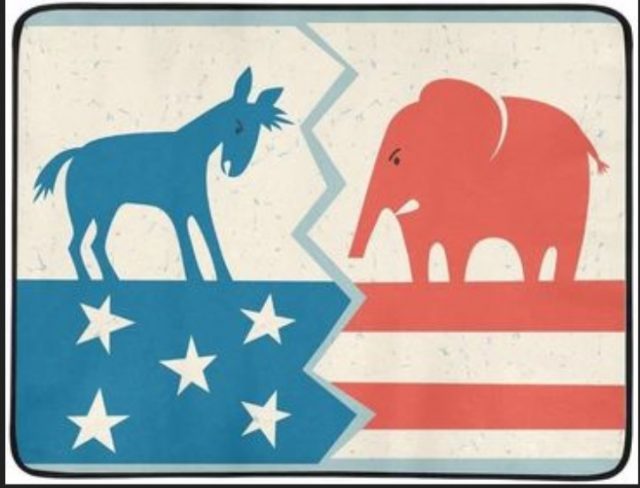 As a kid, I closely followed the 2000 Presidential Election. I remember the epic fight, the closeness and, of course, the recount and the infamous decision from the Supreme Court of the United States.

Even as a child, I came to the realization that America’s Left is willing to say just about anything. However, little did I know that the actions of the Left beginning with the 2000 election would lead to the perfect storm of Donald Trump.

For the entirety of his two terms in office, he was treated as an illegitimate President by many on the Left side of the aisle. After 9/11 and with America at war, the President was consistently compared to dictators during his time and the true vitriol in the hearts of the American Left showed during those years.

Republicans were rightfully stripped of power after what amounted to a shaky second term for President Bush. 2006 was a horrible year for Republicans, and the distaste for the Bush Administration seeped into the 2008 Presidential Election, leaving Republicans virtually no chance of maintaining the White House.

With a clear path to victory, the Left proved a lack of tact and proved their inability to win gracefully.

John McCain was supposed to get a fair shake in that election. His voting record and past coziness to reporters should have at least allowed the man to ride his “Straight Talk Express” into the sunset. Well, that is where Republicans learned a valuable lesson: the media will never give a Republican a fair shake.

The mainstream media machine relentlessly ran stories to define John McCain as being too old and a crazed warmonger unfit for the office of President of the United States.

Leading into the 2010 midterms, the Tea Party movement emerged. Despite it being a peaceful movement rooted in the cornerstones of limited government, pro-family values and strong defense, that did not stop the Left and its media arm from portraying the movement as a hillbilly militia dead set on rolling back rights for everyone.

Then comes 2012. Republicans nominate a moderate, business Republican in Mitt Romney. The media had already skewered Romney for trivial things, such as transporting his purebred dog from one multi-million-dollar home to the next, and his 47% comments were used to label him as a racist.

In the last two decades of political discourse in this country, the Left has done a fine job of laying the groundwork for a conservative distrust of the media and general sentiment of unhappiness with the status quo. Trump was the first person to call out the hypocrisy, the frustration and distrust the Right had been feeling.

That feeling has resonated with millions of Americans. It’s the collective resonation of decades of inner-defeat:

Ah, they said George Bush didn’t win a legitimate election. They said he was a Nazi, warmonger that would get us all killed.

They said John McCain was senile, unfit to serve. Heck, even he didn’t get a fair shake from the media.

They said Mitt Romney was the big, bad millionaire who didn’t pay his taxes and was a racist.

Back in 2010 when I was concerned about the direction of the country, I was compared to the KKK and other fringes simply for attending a tea-party meeting.

So along comes Donald Trump. The free-yielding billionaire business guy from New York, who does not care about political correctness, does not give the media an inch and fights on every issue.

The Left calls him illegitimate. They question consistently his tax returns and business deals. They attack his mental state and label his supporters as racist and rednecks.

Maybe conservatives would care had it not all been said before. But the false perceptions of greedy, racist hillbillies are old news. President Trump thrives on fighting back the stereotypes and continues to be a voice and champion for the hardworking middle class and those who have been maliciously mislabeled by the Left. It’s their time. Now and in November.

Colton Henson is a government affairs, political campaign and communications consultant. He has spent time working in Ohio, West Virginia and Washington DC.