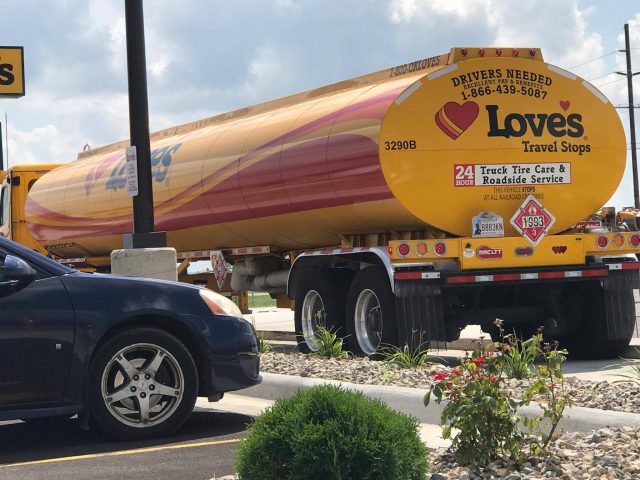 Late Saturday evening at the new Love’s Truck Stop and IHOP Express, motorists got a surprise when they filled up their fuel tanks at the gas pumps: Diesel had mistakenly been added to pumps marked as gas only.

According to eyewitness and employee reports, the situation was remedied early Sunday at the new fuel station. However, for some motorists, it was too late. As per Love’s corporate office, they were made aware of the situation, and are working with the affected drivers to ensure that their cars are working safely. 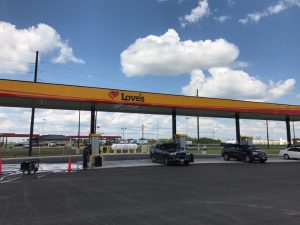 Tow trucks were seen carting off vehicles that had mistakenly fueled their cars up with the diesel mixture. One mechanic reported that cars had been able to make it down the highway before running into clogging issues, causing expensive tow bills to local dealerships. One such victim was able to drive their vehicle to Columbus before problems set in.

One way Loves dealt with this problem on-the-fly Sunday was offering motorists their highest octane fuel at regular prices. Motorists were told that regular-octane fuels were “Under maintenance” as per customer reports.

How does Loves, or another company remedy a situation where a gasoline-powered car is filled with diesel? According to repair shops, the entire fuel system needs flushed, which can be a costly procedure. Affected motorists by this incident have been reporting repair costs between $500.00 and $1,000.00 per vehicle to effectively fix the problem caused by the switch-up.

It is currently unknown as to how many vehicles were damaged during the switch-up, but one thing is for certain: They are going to make sure that the storage tanks are filled up properly.