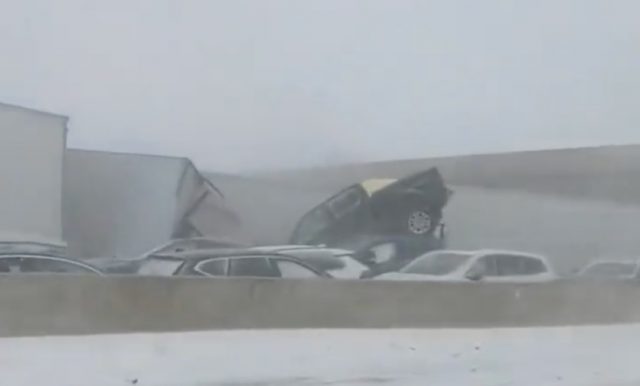 The event occurred on the Ohio Turnpike between state Route 53 and state Route 4. OSP has reported that around 50 vehicles were involved in the crash around 2:30 pm.

The interstate was shut down since then with an unknown time of opening. A video was posted to Twitter.