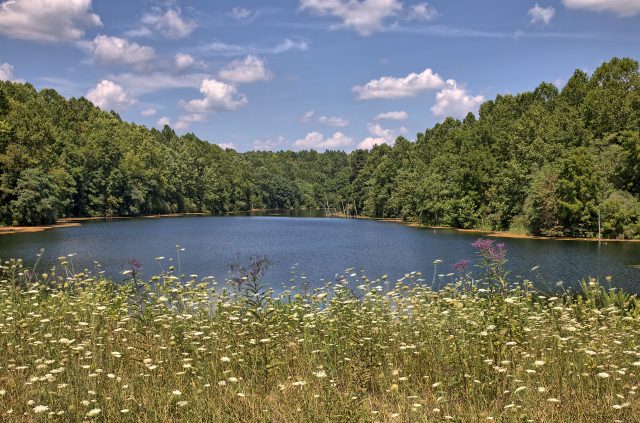 “The latest addition to Appalachian Hills Wildlife Area adds vibrant lands to an area already well known for fabulous hunting and fishing,” Division of Wildlife Chief Kendra Wecker said. “We are proud to expand outdoor recreation opportunities for all Ohioans and protect wildlife habitats. Thank you to Ohio’s sportsmen and women who came together to promote and support this purchase.”

The Division of Wildlife’s latest acquisition at Appalachian Hills is the final installment in a series of additions that have taken place since 2020. Funding for the cumulative purchases came from $68 million in capital improvement and wildlife funds.

Caption: The wildlife area’s grasslands are home to many birds
including hard-to-find species like the bobolink.

“The acquisition was made possible thanks to the support of Governor Mike DeWine and the Ohio General Assembly so people can now enjoy in perpetuity this expanse in the great outdoors,” said ODNR Director Mary Mertz.

Appalachian Hills Wildlife Area lies in Guernsey, Morgan, Muskingum, and Noble counties, near McConnelsville. It connects a network of habitats between Jesse Owens State Park in addition to The Wilds, an outlet of the Columbus Zoo and Aquarium. Located in the unglaciated portion of Ohio, the area’s terrain is varied and rugged, dissected by many small streams and rolling hills. It is mostly forestland but also has abundant grasslands and some wetlands.

Over 350 lakes and ponds dot the landscape at Appalachian Hills, providing anglers plentiful fishing opportunities for largemouth bass, bluegills, catfish, and more. Appalachian Hills is one of the best locations in the state to catch largemouth bass that qualify for Fish Ohio recognition. Thousands of acres of varied habitats have resulted in excellent white-tailed deer and wild turkey hunting. Hunters can pursue all manner of other game in the area, which has abundant squirrel, rabbit, and furbearer numbers.

Birders can find species such as short-eared owl, northern harrier, prairie warbler, bobolink, and scarlet tanager on the property. Appalachian Hills Wildlife Area is also one of the few locations in Ohio where northern shrikes can be found in the winter. Hiking enthusiasts can find great trails, including 24 miles of the 1,400-mile Buckeye Trail. This is one of a handful of wildlife areas that allows camping in designated spots, with nearly 300 campsites spread across six designated areas.