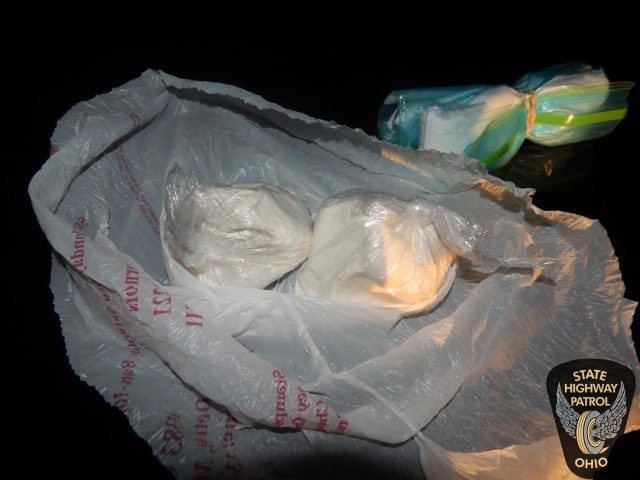 On July 20, at 12:25 a.m., troopers stopped a 2019 Chrysler 300 with Michigan registration for a marked lanes violation on state Route 823. While interacting with the occupants, troopers observed in plain view a small amount of suspected cocaine on the driver’s seat and detected an odor of marijuana coming from the vehicle. A probable cause search revealed the contraband.

The driver, Promise D. Hollings, 27, and passenger, Kacey D. Banks, 28, both from Detroit, were incarcerated in the Scioto County Jail and charged with possession of cocaine and trafficking in drugs, both first-degree felonies.