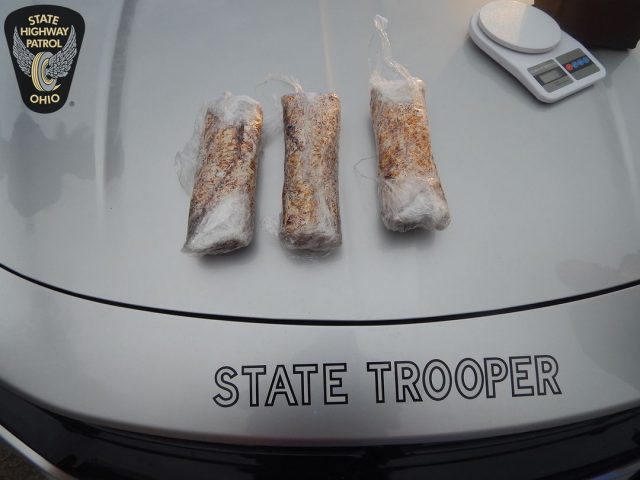 On February 2, at 7:28 a.m., troopers stopped a 2008 Lincoln Navigator with West Virginia registration for a turn signal violation on state Route 823. Criminal indicators were observed and a Patrol drug-sniffing canine alerted to the vehicle. A probable cause search of the vehicle revealed the contraband.