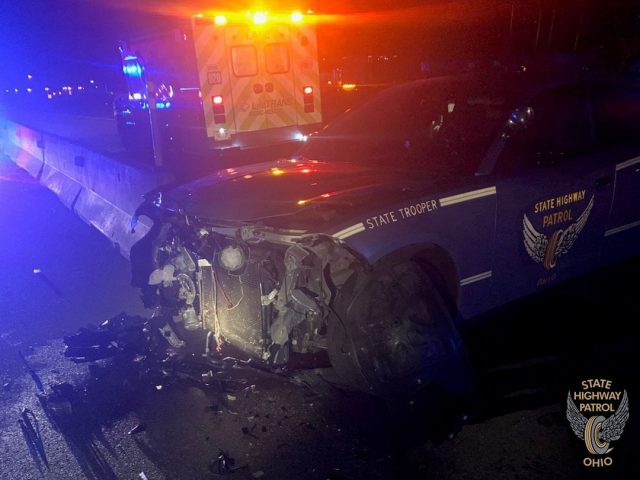 OHIO – A man has been charged with reckless op after hitting an OSP Trooper while on duty.

According to OSP the trooper was struck this morning when he was investigating a call of a driver who was operating out of control on the turnpike. The OSP officer had parked in the median of the Turnpike looking for the driver when The reckless op motorist was eastbound and drove off the road.

The motorist, a drowsy driver, was uninjured and the trooper sustained minor injuries. The driver was charged with reckless operation.