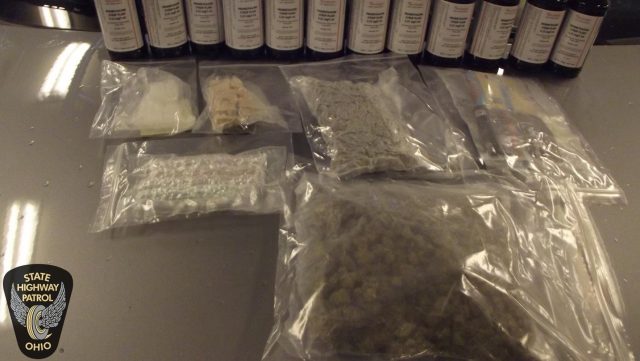 COLUMBUS – Ohio State Highway Patrol troopers filed felony drug charges against a Michigan man after a traffic stop in Wood County. During the traffic stop, troopers seized a pound of marijuana, 136 grams of heroin, 60 grams of methamphetamine and 300 suspected fentanyl pills worth approximately $60,212.

On May 19, at 1 p.m., troopers stopped a rented 2019 Chrysler Town and Country with Florida registration for a following too close violation on Interstate 75. Criminal indicators were observed and a consent search of the vehicle was asked for and granted. The search revealed the contraband.