In 2019, there were 3,915 drugged driving crashes in Ohio. More than one in four of those crashes took place in Cuyahoga, Franklin and Hamilton counties. 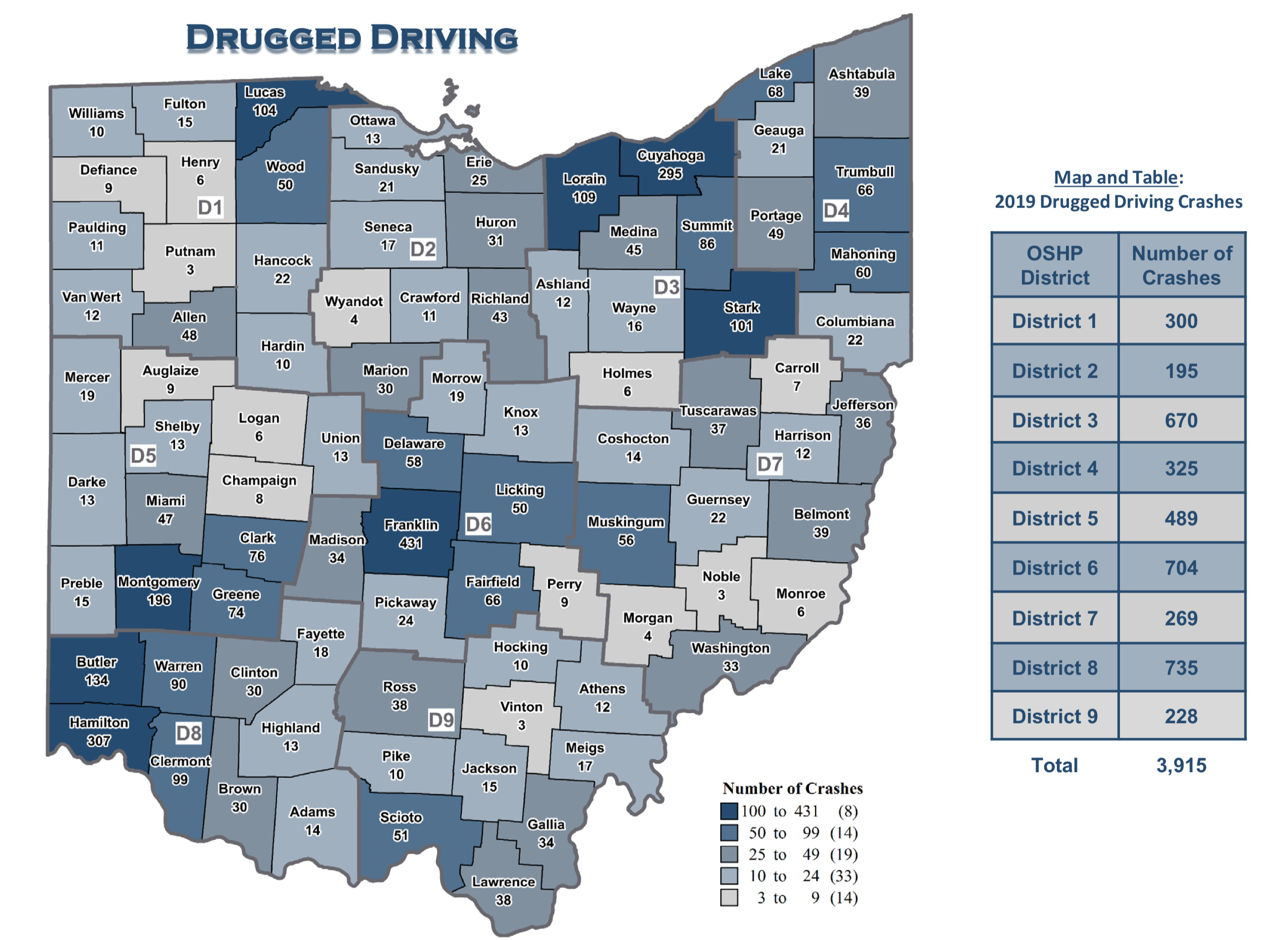 Of the 1,041 fatal crashes which occurred in Ohio last year, 35 percent had at least one driver or pedestrian test positive for an illegal or prescription drug. Of those, 19 percent were only drugs, while 16 percent involved drugs and alcohol.

“We need all Ohioans committed to driving on our roadways safely,” Governor Mike DeWine said. “The consequences are serious and real when drivers decide to take the wheel after taking drugs.”

Last year, troopers cited 5,215 people suspected of driving under the influence of one or more drugs. 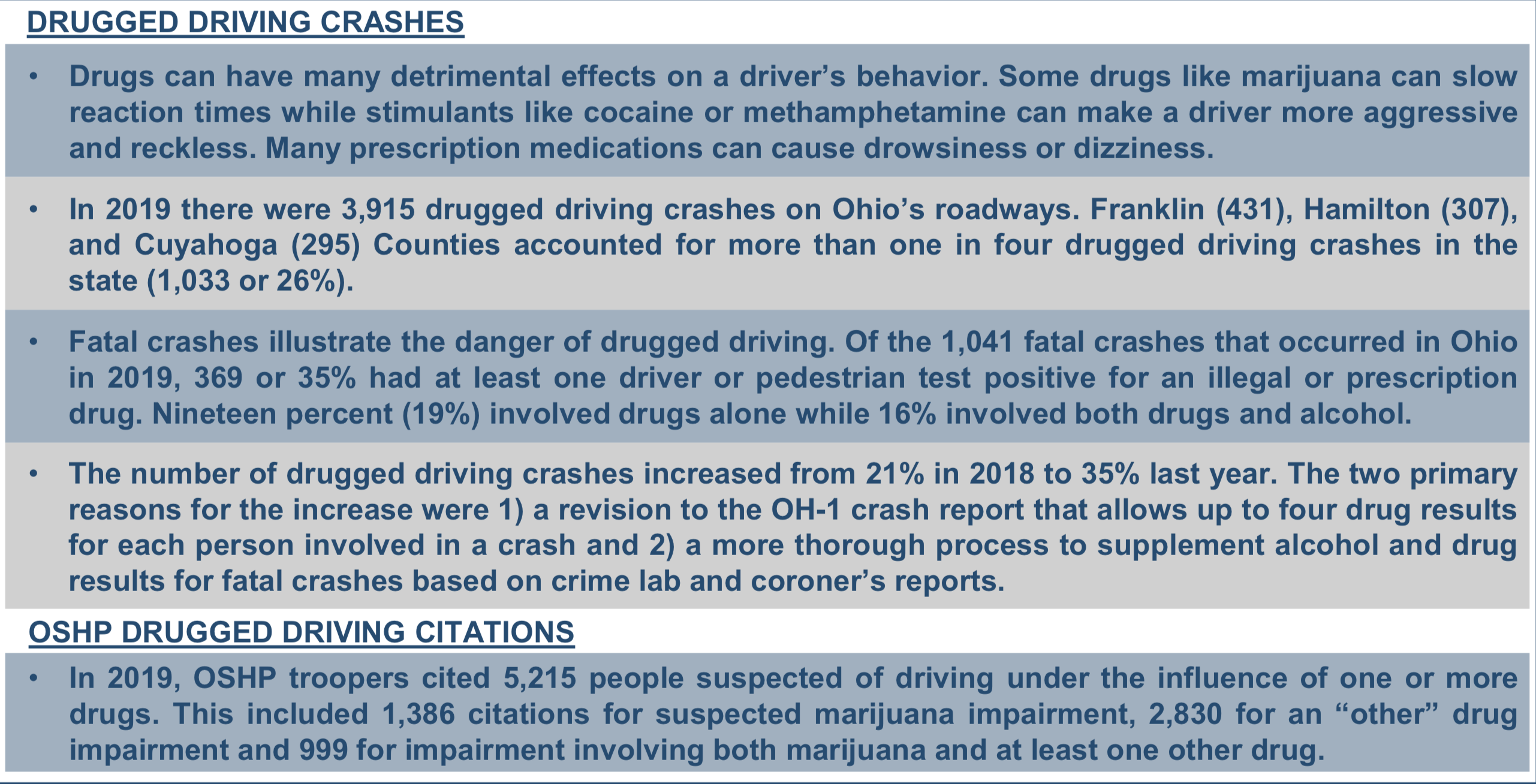 “We take impaired driving seriously, and continue to be committed to promoting safety on Ohio’s roadways through aggressive drugged driving enforcement,” Colonel Richard S. Fambro, Patrol superintendent said. “It is inherently dangerous, and simply not worth the risk to get behind the wheel while impaired.”