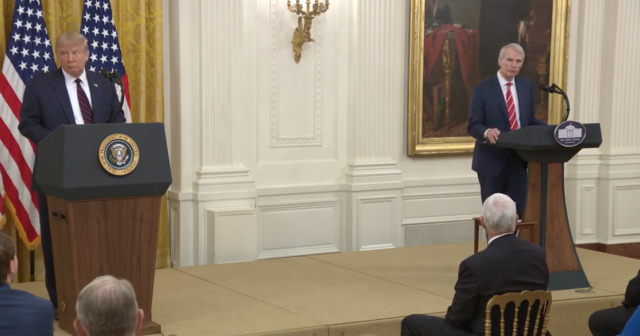 WASHINGTON, DC – U.S. Senator Rob Portman (R-OH) delivered remarks at the White House signing ceremony for his bipartisan Restore Our Parks Act, landmark legislation to protect and preserve America’s national parks, into law. The law willsupport more than 100,000 jobs over the next five years by rebuilding critical park infrastructure to help address the more than $12 billion backlog in long-delayed maintenance projects at the National Park Service (NPS). The Restore Our Parks Act is a part of a broader legislative package, the Great American Outdoors Act, that addresses the deferred maintenance backlog across federal land management agencies and provides permanent funding for the Land and Water Conservation Fund.

President Trump: “And if I could, I would like to ask Rob Portman to come up. He was very special — I think you would both agree that he was really there behind the scenes and in front of the scenes helping us out. Rob, please.”

Portman: “Well first I had not expected this honor, but I am not speechless because there is so much to talk about. And Mr. President, this wouldn’t have happened but for your willingness to show leadership. One thing that hasn’t been said here this morning is that this was a debt unpaid for all of our public lands, particularly our national parks, which was the start of this. We have viewed this as a problem because for years and years we had a debt we weren’t paying and what you have done by saying ‘I want to get this done, I’m going to support you,’ gave us some momentum, on a bipartisan basis, to be able to repay that debt. It’s a debt to the American people.

“Second I must say that this was not without controversy and there are some who felt strongly that the oil and gas revenues, and other energy revenues, offshore and onshore, that are used to provide this funding — both for the Land and Water Conservation Fund and for the deferred maintenance in our public lands — that that funding is better used elsewhere. And again people in this room, including some good fiscally conservative Republicans — I consider myself one — believed that this was an exceptional situation. Because this was a debt unpaid. And that this funding was appropriate based on the way in which the oil and gas revenue royalties were initially envisioned to go to help with regard to our natural resources and our environment. But it was not without controversy, right Mr. Vice President?

“And it looks good at the end, the vote was strong, but it wasn’t easy to get there. And so I thank you very much for your leadership. I also want to thank Mark Warner who is my co-author of the Restore Our Parks Act, and Lamar Alexander and Angus King. And then of course what Cory Gardner and Steve Daines were able to do in knitting this together along with Joe Manchin and others. But, Mr. President, that meeting was consequential, and again, this was not as easy as it might look here at the end. But incredibly important. And I believe that decades from now we will all look back and be very proud of the fact that we have indeed conserved this, America’s great treasures, for future generations. Thank you sir.”