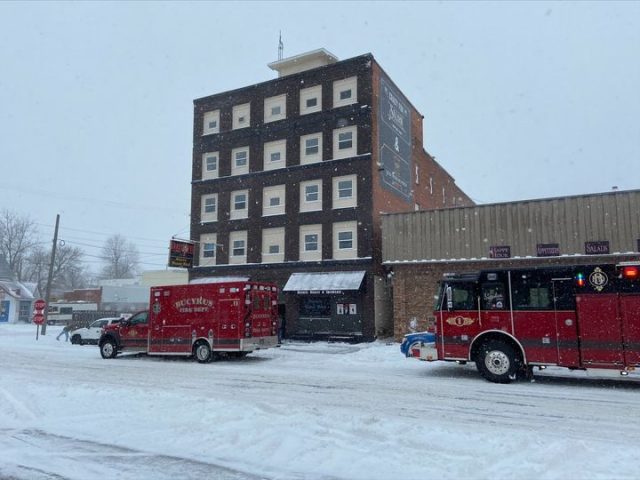 OHIO – A Bucyrus Man attempted to avoid police when he jumped from a 3rd story apartment.

The search warrant was executed as a result of a several month-long investigation into illegal narcotics being sold out of the apartment.

While gaining entry into the apartment, which is located on the third floor, the target (John Wayne Spears) age 43, jumped out the bedroom window and landed between the Weaver hotel and Dillinger’s. Mr. Spears was transported to the Bucyrus Hospital, due to his injures from the fall and was later transported to a Columbus hospital where he’s still being treated.

Criminal charges are pending against Mr. Spears for trafficking in methamphetamines and possession of heroin. Reports will be forwarded to the Crawford County Prosecutor’s Office for consideration of charges.

This case is still currently being investigated by the Detectives from the Sheriff’s Office.