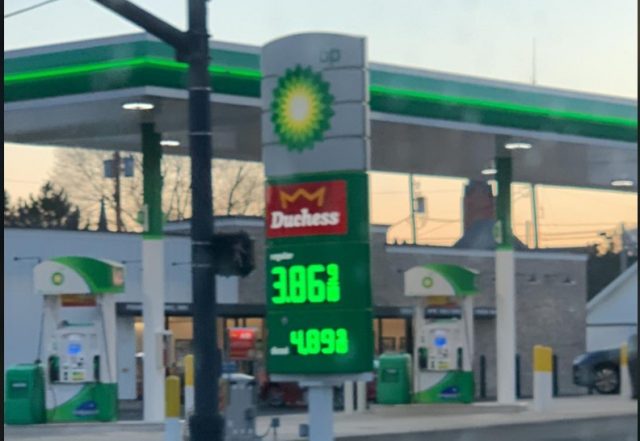 Republicans in the Ohio Senate are pushing a bill to reduce the tax to 28 cents per gallon for both gas and diesel for the next five years.

For the first time in twelve weeks, the national average price of gasoline has fallen, declining 9.0 cents from a week ago and stands at $4.24 per gallon today according to GasBuddy.

Gas prices in Ohio are lower than the national average at 3.998.

“GasBuddy, last week, predicted that a top was in for the national average price of gasoline, and indeed, for the first time in 12 weeks, the national average price of gasoline has declined. While the decline is still subject to changes in global supply and demand, Covid and Russia’s war on Ukraine, we are poised to see additional downdrafts at the pump this week,” said Patrick De Haan, head of petroleum analysis at GasBuddy. “For now, gasoline demand has shown absolutely no signs of buckling under the pressure of higher prices, even as California nears an average of $6 per gallon, with spring break travel well underway. If the situation does worsen, with more oil being kept away from global markets, it’s not impossible that gas prices would still have to climb a considerable amount for Americans to start curbing their insatiable demand for gasoline.”

With fears resurfacing that European countries may pursue sanctions against Russia’s energy sector, oil prices were up sharply around midday, with a barrel of West Texas Intermediate crude oil up $5.87 per barrel to $111.57, up from last Monday’s $102.52 level.