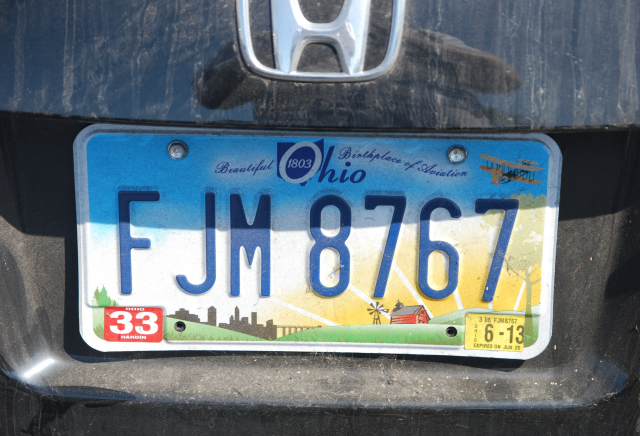 OHIO – In July lawmakers agreed to a one plate system as a compromise deal in the two-year state transportation budget bill in July. Dewine signed the bill into law, and it is set to come into effect on July 1 2020.

Licence Plates will need to be posted on the back of the vehicle only. This law does not include commercial vehicles such as tractors.

Some law enforcement has given push back months after Dewine signed the bill, police argue that the law will make enforcement harder, having two plates lets them catch criminals better.