(COLUMBUS, Ohio) — The Division of State Fire Marshal’s Fire and Explosion Investigation Bureau has completed its investigation of a Nov. 28 barn fire that claimed the lives of 10 animals at the African Safari Wildlife Park in Port Clinton (Ottawa County).
Investigators determined the fire originated in the southwest portion of the barn, which was being occupied by three giraffes, three red river hogs, three bongos and a springbok at the time of the fire. The other animals in the park were unharmed and accounted for. 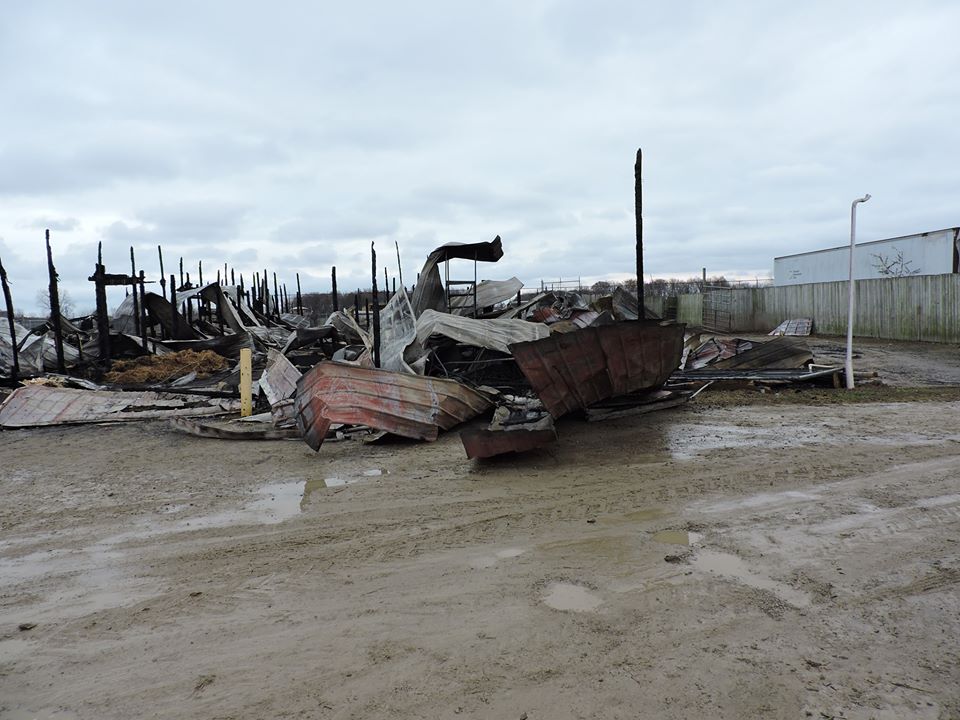 The cause has been ruled undetermined due to the extensive damage to the structure, but there is no indication of any criminal activity associated with the incident. Additionally, investigators could not determine if a reported power outage the day prior had any involvement with causing the fire.
“The post-fire condition of the building prevented the ability to determine an exact cause of the fire,” said Investigator Frank Reitmeier. “During the fire, the vast majority of the building collapsed, so heavy equipment was needed during fire suppression and to locate the remains of the animals that perished.”
The fire was reported at 6:16 p.m. Nov. 28 at the park, located at 267 South Lightner Road in Port Clinton. Danbury Township Fire Department responded to the scene, as well as the Port Clinton and Catawba Island fire departments.