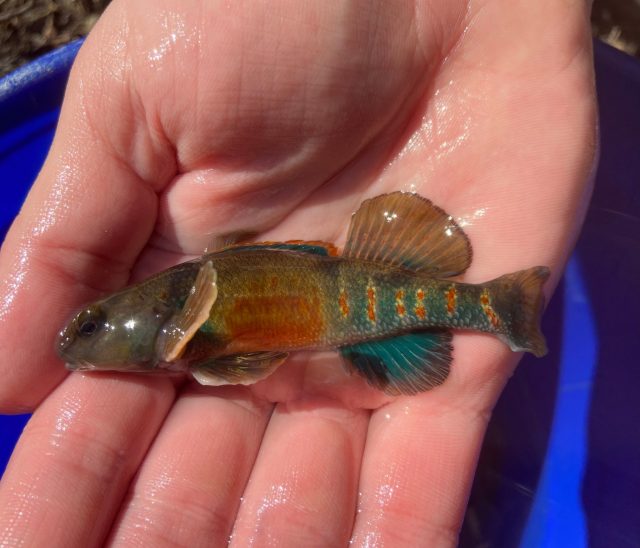 OHIO – Ohio Division of Wildlife is working on moving some colorful darters to Southern Ohio to help bring the species back.

The Variegate darters spawn during the spring after spending most of the winter in deep pools. Most of the time these little darters spend time hiding underneath rocks and over coverings. It’s not until spring that they come out in full display looking to spawn, that’s when biologists have the highest chances of finding and catching the 3-inch fish.

The male has some significant colors that practically glow in the murky waters and that’s for a reason, to attract the next mate, and to let other males know this is his area.

A project that started over ten years ago aims at determining the distribution of the fish species across the state and then relocating the high population of breeding males and females to places that have low populations to increase the overall population around Ohio.

Some Darters are really a good sign of river health, and some darters like the spotted darter are endangered in Ohio. One of the highest populations of Darters in the area is in the Big Darby Creek.

Posted on Facebook by Ohio Division of Wildlife Biologist Brian Zimmerman and crew caught some variegate darters during spawning.

These fish will be released in southwest Ohio for a translocation project that aims to reintroduce two extirpated darter species- the variegate and bluebreast darters. Being able to collect and release spawning fish increases the success of the project since the new fish will hopefully spawn in their new home and recruit hundreds of juveniles.