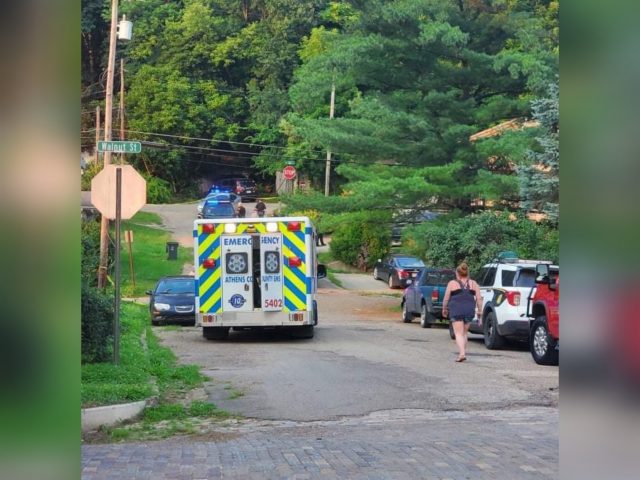 Nelsonville OH- An officer-involved shooting occurred at, 8:30 P.M on 7/27/2021 that has left the suspect dead, and two officers injured

According to police on Tuesday, July 27, 2021, at approximately 7:30 PM, police officers from the Nelsonville Police Department and Hocking College Police responded to a domestic dispute at an apartment on Third Street in Nelsonville. Ultimately, shots were fired, and two officers and a male subject were transported to OhioHealth O’Bleness Hospital in Athens for injuries. A Nelsonville Police officer is in stable condition after receiving a gunshot wound. A Hocking College Police officer also sustained minor injuries during the incident and is in stable condition.

The shooting occurred after officers confronted a man who was in a vehicle on 3rd St but refused to exit, once the officers got close enough the person attempted to flee and ran into one of the officer’s vehicles while shooting a firearm at officers. The officer on the scene returned fire.

The Athens County Sheriff’s Office, The Ohio State Highway Patrol, the Ohio Bureau of Criminal Investigation, and the Athens County Prosecutors office are on scene investigating the incident. The scene is under control and there is no immediate threat to the public currently.

Earlier we reported that one officer was injured but more information from the police department says that a second officer was also injured. NO OTHER SOURCE has reported the suspect had been killed but we’ve got a reporter live on scene that has the information.