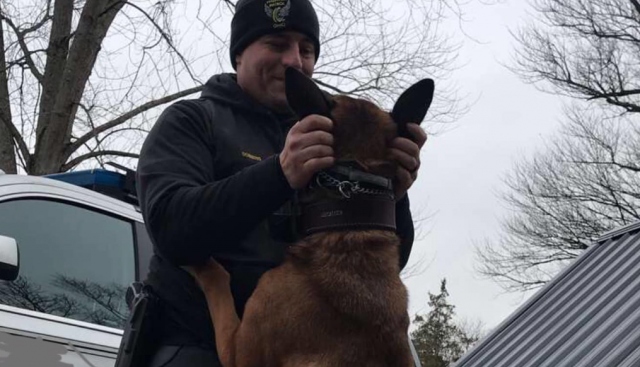 COLUMBIANA – We have heard this story before, A officer is fighting with his station for the rights to keep his K9 through his resigning of his position.

K9 Officer Tj Dobbins of Ohio State Highway Patrolresigned this week after 14 years of service with the patrol and has been refused to retire with his K9 partner Rexo who has a year and a half before retirement left. 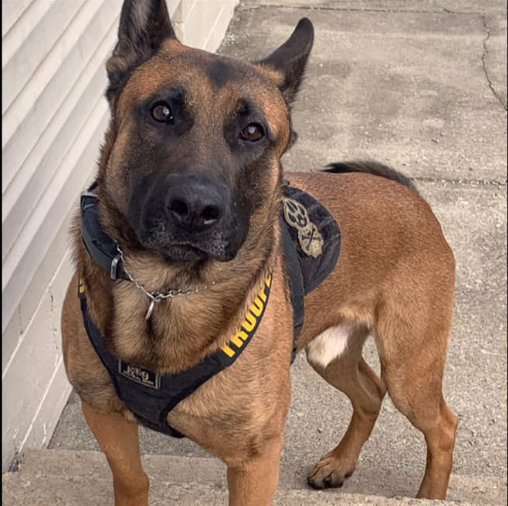 Dobbins said on his social media post that he’s disappointed because he stood proudly among his brother during protests last week and this week he feels attacked.

According to his wife Jennifer Dobbins her husband retires from OSP, “resigning on good terms, on his own free will, and under no disciplinary action, merely to have more time to focus on our family life.” She went on during the post saying that other officers were able to take K9s even under disciplinary action. 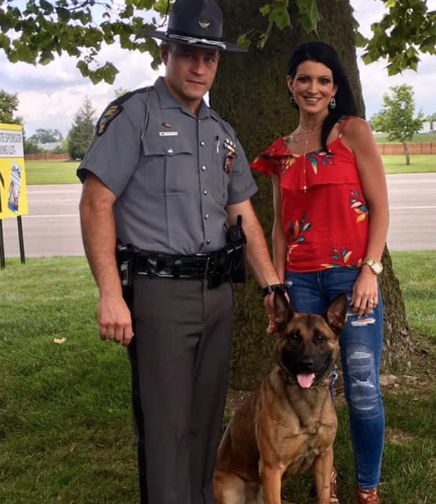 Usually K9s are used for about 5 years in police life before they are retired, sometimes K9s can be retrained and placed in another K9 handlers care. This is a very similar situation as with K9 Harry and Morningstar that happened a few months ago.

OSP stated the following about this situation, “Trooper Dobbins is actually resigning from the Ohio State Highway Patrol. He is not eligible for retirement based off of his service time with the Division. If a canine handler is to be permanently separated from service with their canine partner (i.e. promotion, retirement, removal, etc.), the Division will determine a plan of action regarding the K-9 officer.  Due to the unique characteristics of each canine, it is not feasible to establish a hard and fast protocol for all situations. In these situations a plan is developed taking into considerations the totality of the variables associated with the individual canine regarding whether the canine should be retired or trained with a new handler. In the case of Rexo, he is a healthy dual purpose 4 ½ year old K-9 officer who exhibits the ability to transition to a new handler. A K-9 officer on average and depending on health will typically serve until they are 8 – 10 years of age, which means Rexo will continue to serve the citizens of Ohio for an additional 4 – 6 years. Our K-9 officers, like Rexo have proven successful in curbing criminal activities associated with drug trafficking throughout the state. In addition K-9 officers and their handlers regularly assist federal, state and local agencies when needed with drug trafficking enforcement efforts, violent offender searches and other operations in the interest of public safety. These operations have fostered cooperation at all levels to target criminal activities and improve the quality of life for the citizens of Ohio. Replacing a K-9 officer like Rexo would cost upwards of $15,000 and potentially create a gap in our ability to provide the same level of service to our communities and law enforcement partners while a replacement canine is being purchased and trained. We understand the bond between a K-9 officer, his handler and the handler’s family, however decisions on whether or not to retire a canine must be made based on the ability to transition to a new handler and the time that K-9 officer can continue to serve. In this case the responsible decision is to keep K-9 Officer Rexo serving the citizens of Ohio.”

The post asks for a outcry of support see below