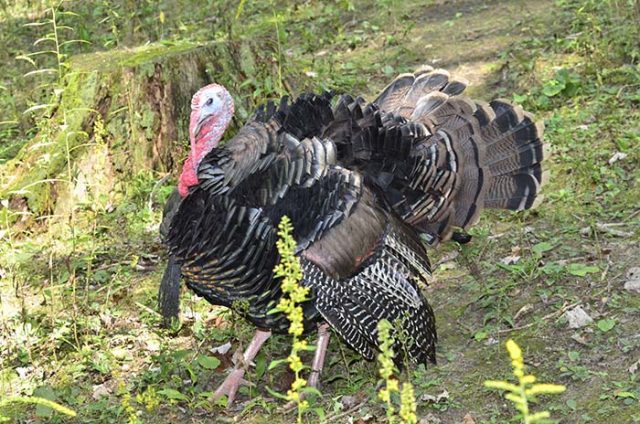 “Wild turkey populations appear to have declined in much of the eastern U.S., including Ohio,” said Division of Wildlife Chief Kendra Wecker. “The Division of Wildlife, in consultation with the Ohio Wildlife Council, other state wildlife agencies, and our non-government wildlife partners will be examining if further conservation measures are needed to stabilize and improve Ohio’s wild turkey population.”Youth hunters harvested 1,473 wild turkeys during Ohio’s youth season on April 17-18. The youth season results are included in the final tally.

Adult male turkeys (gobblers) made up 82% of the total 2021 harvest with 11,976 turkeys taken. Hunters checked 2,397 juvenile male turkeys (jakes) represented 16% of the harvest, and 173 bearded female turkeys (hens) were checked. The Division of Wildlife sold and distributed 61,135 wild turkey permits during the spring hunting season.

The 2021 spring turkey season limit was two bearded wild turkeys. Hunters could harvest one bearded turkey per day using a shotgun or archery equipment. All hunters were required to check in their harvest using the game-check system.

The Division of Wildlife began an extensive program in the 1950s to reintroduce wild turkeys to the Buckeye State. Ohio’s first modern day wild turkey season opened in 1966 in nine counties, and hunters checked 12 birds. The total number of harvested turkeys topped 1,000 for the first time in 1984. Turkey hunting was opened statewide in 2000. The record Ohio wild turkey harvest was in 2001, when hunters checked 26,156 birds.

Connect with the Division of Wildlife by downloading the HuntFish OH app and on Twitter and Facebook for instant news stories, outdoor recreation ideas, local wildlife information, and so much more. The Your Wild Ohio Hunter Facebook page provides hunting tips and useful information as you get outside this season.