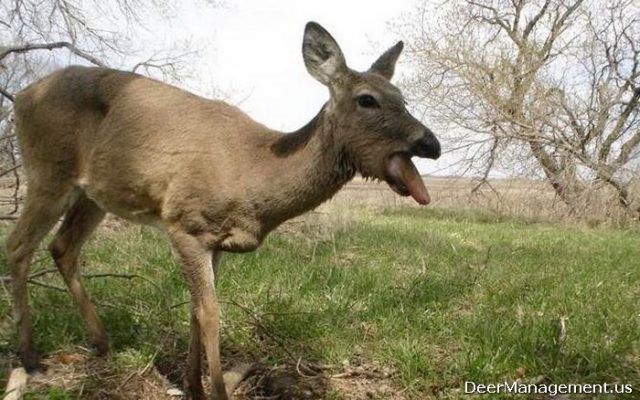 PLEASE REPORT: We are asking Ohioans to report their observations of deer with EHD: http://ow.ly/3VN450KkYm

When reporting choose “Deer – Dead or of Concern” in the Species drop down, and then answer the questions that auto-populate to describe what you’re seeing.

Symptoms vary and usually develop about seven days after exposure

Deer appear disoriented and show little or no fear of humans

To be cautious, never kill or eat a sick deer. Depending on the actual illness, the deer may be unfit for consumption. Without testing, we cannot be certain what a sick deer is suffering from

The disease does not affect humans nor does it impact the safety of consumed venison.

Caused by the bite of an infected midge (a type of fly) and once there has been a hard freeze, these insects die off for the winter, eliminating new cases of EHD.

UPDATE: My headline said “Zombie Deer” has been changed, this reflected how these deer act when under this disease, but confusion on another disease, Chronic Wasting Disease, which is also been called Zombie disease was confusing. I fixed it. Nothing else in the story was changed.