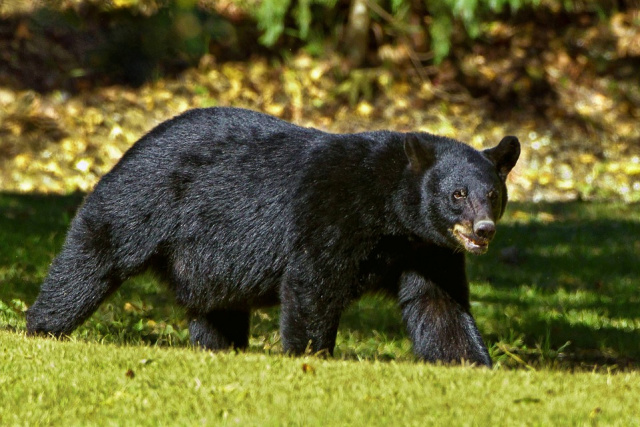 Ohio – In earlier years the Black Bear roamed the Ohio State and was seen quite frequently but do to unregulated hunting and habitat loss the Black Bear was reduced in numbers and almost completely extirpated in Ohio in the mid 1850’s.  Since then the Black Bear has been moving back into the State, mostly from the Tennessee, West Virgina, and Kentucky boarders.  According to the Map of sightings from 2018 Hocking, Vinton and Ross Counties have seen several dozen sightings last year. 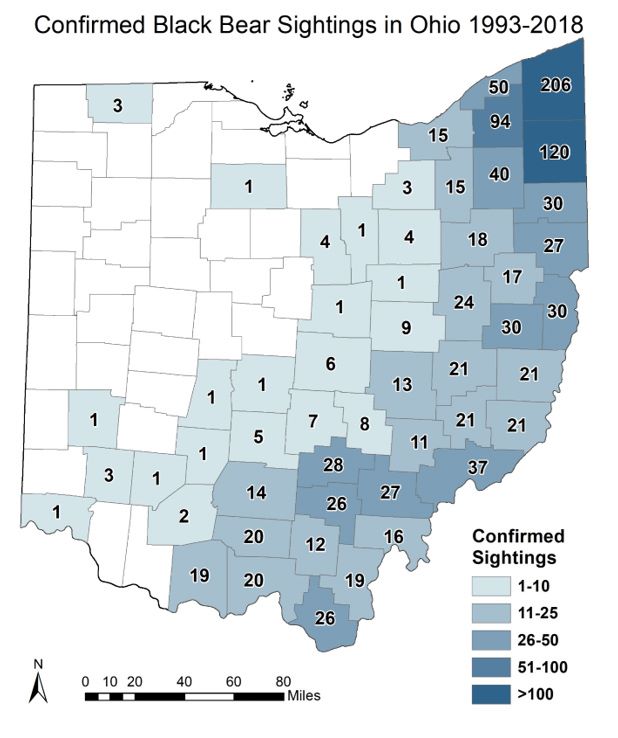 Summer time is when Black Bears do the most movements and Ohio Division of Wildlife wants you to be prepared on how to not lure these bears into your area. 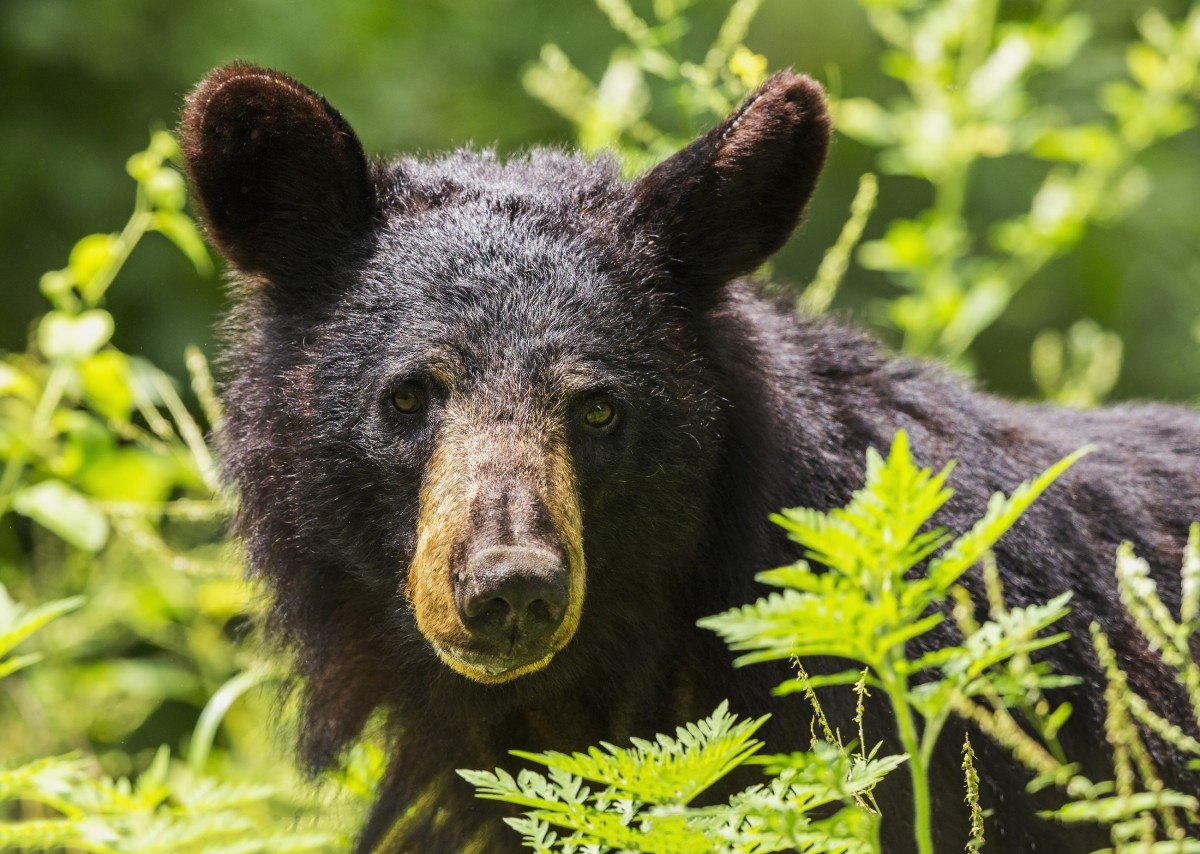 “Bears are omnivores, meaning they will eat a wide variety of foods. Depending on the season, their diet may include grasses, forbs, berries, mast from oak, hickory, and beech trees, carrion, and insect larvae. Moving bird feeders higher, removing uneaten pet food, keeping trash inside until pick up day, and cleaning up after grilling all help to deter bears from frequenting an area and becoming nuisances,” said Division of Wildlife.

What happens if you encounter a Black Bear in the wild?  Black Bears are not a aggressive species of bear and rarely attacked, and won’t usually attack if not cornered.  Best thing to do is to slowly back away from the bear and do not give direct eye contact to the bear.  Always give the bear a route to escape as it most likely will want to escape as soon as possible.  DO NOT RUN, this will provoke a chase, warning the bear you are there in a calm voice is a way to make it run away.  If a bear were to charge put your hands up in the air and make yourself bigger than the bear.  Most Black Bears are around 150 lbs or smaller so adults men/women are usually taller than them.