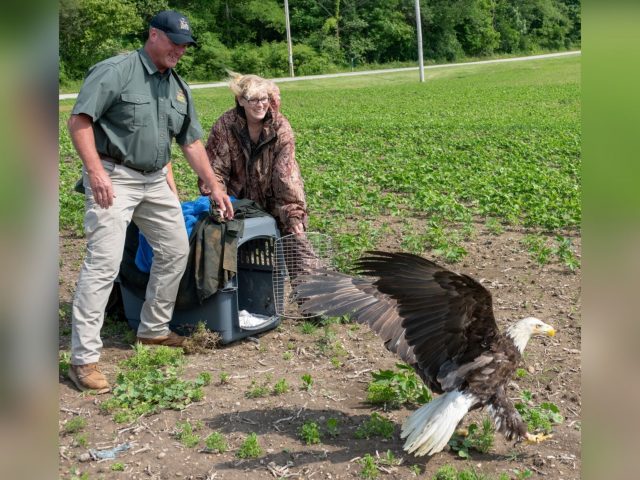 COLUMBUS, Ohio – A 28-year-old female bald eagle that suffered injuries to her foot and eye received medical care from wildlife professionals and was released back to the wild in Marion County on Friday, June 18, according to the Ohio Department of Natural Resources (ODNR) Division of Wildlife. The female bald eagle was released after more than seven weeks of rehabilitation. 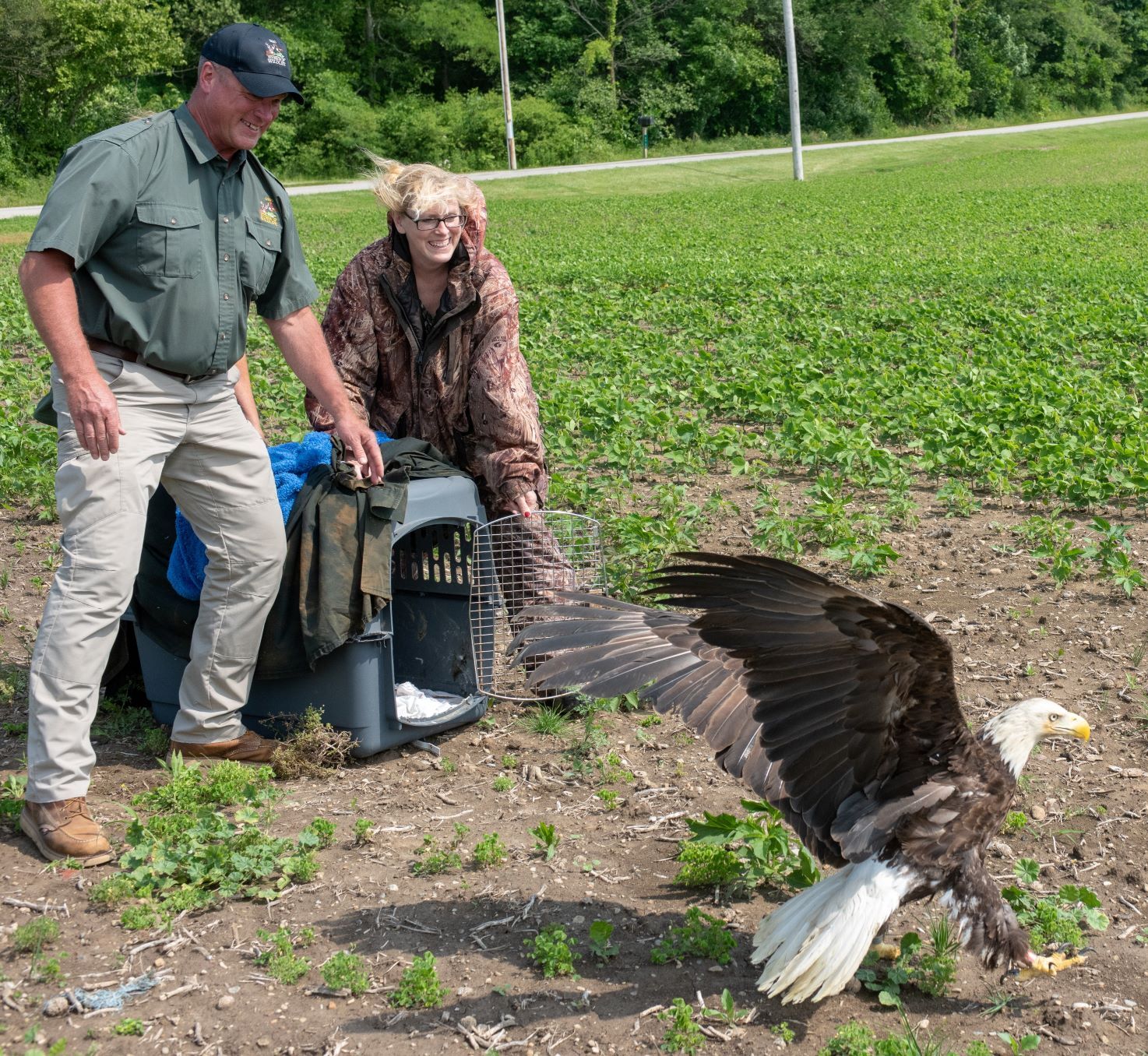 While rehabilitation professionals assessed the bird’s injuries, they discovered it was banded as a hatchling on June 10, 1993 at Reno Beach in Lucas County, making her an astounding 28 years old. On average, eagles live about 20 years in the wild.

“This bald eagle is on an amazing journey that brought it from Lucas County to central Ohio,” Haines said. “This bird has no doubt played a vital part of the bald eagle’s comeback in Ohio. I’m happy to see this eagle has made a complete recovery from its injuries, and also glad I had the chance to interact with it again after so many years.”

Rehabilitation professionals assessed her injuries and guessed the eagle likely entangled her foot in a wire or strong fishing line with a hook attached. As the bald eagle attempted to remove the object with her beak, she scratched her eye, leading to an infection. Consequently, the bird’s ability to hunt was affected and she became malnourished. Staff at Crows Hollow Wildlife Care addressed her injuries and improved her condition, allowing her to be returned to the wild.

With the help of banding programs, public education, rehabilitation, artificial nest construction, and fostering programs, bald eagle populations have increased in Ohio since a low of four nesting pairs in 1979. The bald eagle was removed from the federal list of threatened and endangered species in 2007 and from Ohio’s list in 2012. All bald eagles remain protected by the federal Bald and Golden Eagle Protection Act.

The Division of Wildlife extends a special thank you to the staff at Crows Hollow Wildlife Center for rehabilitating this eagle. For a complete list of Ohio rehabilitators, visit wildohio.gov.