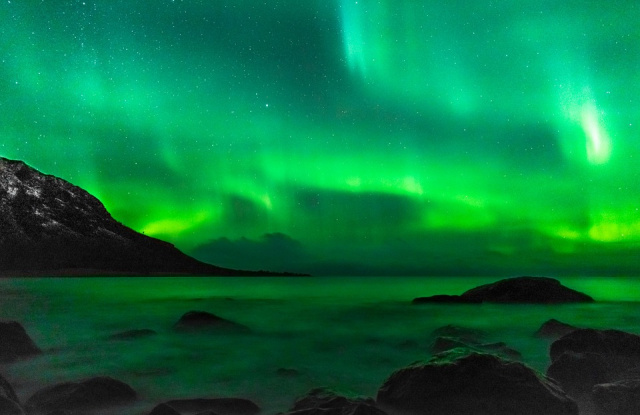 OHIO – The Aurora Borealis or known as the Northern Lights is a breathtaking magnetic field from the earth’s outer layer that causes a spectacle of dancing light. These lights may be visible here in Ohio on Wednesday and Thursday.

What exactly happens with Northern lights? The sun has released a large expulsion of plasma and magnetic field from its corona called a CME or Coronal Mass Ejection and that travels through space like a wave and hits objects like the Earth. That magnetic wave interacts with the earth’s magnetic wave and causes an interesting light show. This has no effect on the Earth at all and happens from time to time.

A watch issue was also pushed out from the Space and Weather prediction center of the National Oceanic and Atmospheric Administration on Tuesday.

Geomagnetic Storm Watches are in effect from December 9th – 11th, 2020 due to anticipated CME effects. The CME occurred on December 7th, and was associated with a C7 flare from Region 2790. Analysis suggests CME arrival possible late on 9 December, initially resulting in G1 (Minor) storm levels. As CME effects continue, activity is likely to increase, especially if the magnetic field carried with the CME connects well with Earth’s magnetosphere. Therefore, the potential for strong storm levels exists and a G3 (Strong) Watch is in effect for December 10th. CME-related disturbances are forecast to continue into 11 December, likely resulting in G2 (Moderate) storm levels – and another Watch has been issued accordingly. While SWPC forecasters are fairly confident in CME arrival at Earth, timing and geomagnetic storm intensity are less certain. Continue to monitor our SWPC webpage for the latest conditions and forecast.

The best time to see them will be from 11 p.m. Wednesday night through around 2 a.m. Thursday morning. Hopefully, the clouds will clear out enough to catch the event. There is a small chance Thursday night, but the most likely viewing would be farther north into Canada.