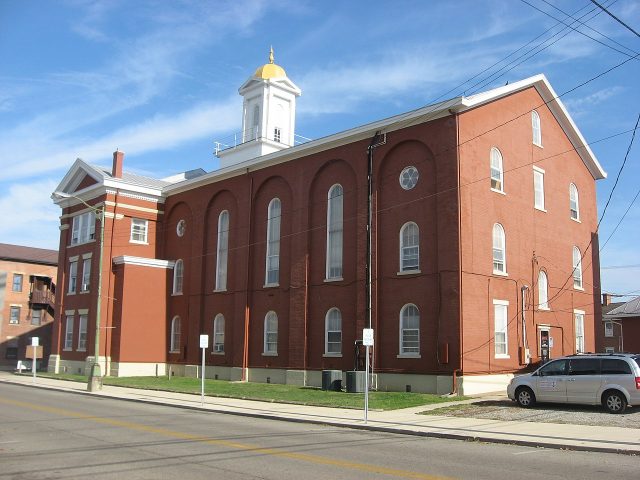 PIKETON, OH – In a milestone for a major clean energy and manufacturing project that aims to reinvigorate manufacturing and the economy in central Appalachia, Newpoint Gas today announced that Akron, Ohio-based Babcock & Wilcox (B&W) (NYSE: BW) has agreed to serve as a foundational technology partner in support of Newpoint’s h2Trillium Energy and Manufacturing (h2TEAM) complex. The h2TEAM complex will serve as the anchor development project to launch a larger reindustrialization vision at the site of the U.S. Department of Energy’s former Portsmouth Gaseous Diffusion Plant (PORTS) facility near Piketon, Ohio.

Newpoint has committed to building the $1.51 billion integrated energy decarbonized hydrogen and closed loop manufacturing facility at the Pike County site.  In the construction phase, h2TEAM expects to bring 2,900 jobs and generate over $520 million in local economic impact. In the long term, the project will add 220 operations and maintenance jobs and over $420 million annually to the economy in central Appalachia.

“B&W is a leader in advancing solutions for the world’s clean energy transition, and we’re pleased at the opportunity to provide our innovative BrightLoop™ hydrogen production technology to help create a sustainable manufacturing facility right in our home state that not only addresses urgent climate objectives but also brings jobs to the region and helps transform the economy of the Ohio River Valley,” said Joe Bucker, B&W Senior Vice President of Clean Energy. “We have a long-standing commitment to work with Ohio companies, source materials and resources within Ohio’s supply chain, and utilize local labor markets to maximize the economic impact of this project and we look forward to working with Newpoint to support this clean energy technological innovation project.”

B&W is a global leader in energy and environmental technologies and services for power and industrial markets with operations located throughout the world. Through its ClimateBright™ suite of revolutionary decarbonization technologies, B&W is helping utilities and industries aggressively combat greenhouse gas emissions and climate change. These technologies can capture carbon dioxide while at the same time producing hydrogen, and can be used in a wide range of industries including energy production, steel, oil and gas, food manufacturing, cement and others.

“We are excited to join forces with Babcock & Wilcox to develop the h2TEAM project. The addition of B&W builds on the momentum for this project and sets the foundation for visionary industries to continue to come together and bring several hundred clean energy jobs to central Appalachia,” said Wiley Rhodes, CEO of Newpoint Gas. “The reindustrialization of the PORTS facility not only presents an enormous opportunity for industry, but also has a chance to be the single most impactful driver of economic growth and stability for this region in a generation.”

The effort is being carried out in collaboration with state, federal, and community leaders, as well as organized labor to bring economic stability and prosperity back to the communities in the region. The h2TEAM project builds on more than a decade of work by Ohio University and the Southern Ohio Diversification Initiative (SODI) to plan for, develop, and pursue the redevelopment of the PORTS facility. Today’s agreement continues to build regional support for the project. In May, Newpoint signed a Letter of Intent with SODI for an exclusive option and right of first refusal to purchase up to 248 acres of land at the site.

To further expand the Piketon project Newpoint, B&W, and other technical partners will pursue the $8 billion Department of Energy Hydrogen Hub grant (H2Hubs).

“Bringing together the regions of southern Ohio, southern West Virginia, and eastern Kentucky, identified as ‘The Appalachian Triangle Hydrogen Hub’ (ATH2) builds on the vast power distribution and industrial infrastructure all in support of and contributing to the clean energy transition,” added Rhodes. “The economic history of this tri-state region has been connected since the early 1800s and per capita has seen more job loss by the global energy transition than any region in the US.”

The ATH2 Regional Clean Hydrogen Hub initiative was launched by Newpoint in March 2022 and adds to its work with Ohio University and others.