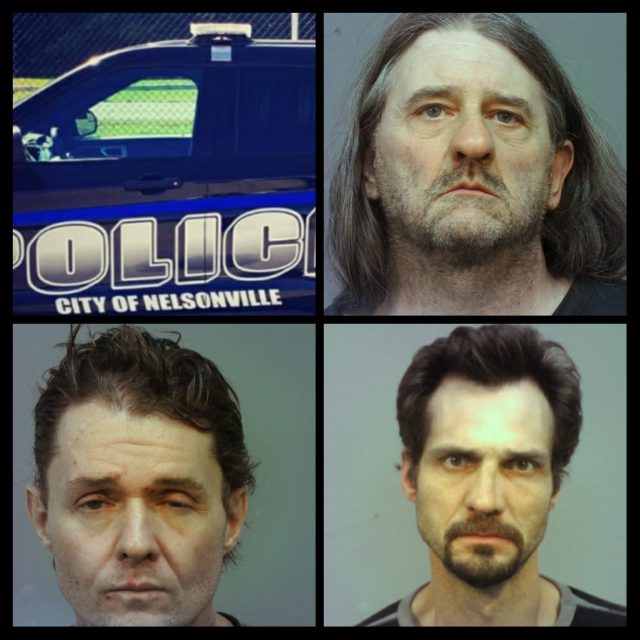 Nelsonville OH- From the Daily Log of Nelsonville Police Reports on 12/7/20 the three individuals listed below were arrested during three separate incidents.

09:58AM Officers responded to Dollar General on E Canal St on a report of a suspicious person. Officers arrived at the location and seen a male subject matching the given description. When officers attempted to make contact, the male individual fled on foot and a foot pursuit then ensued. Officers were able to detain the male shortly after the foot pursuit started. Officers determined that the male subject had active warrants. Officers arrested Anthony Coon and transported him to the Southeastern Ohio Regional Jail where he was booked in.

04:03PM Officers attempted to perform a traffic stop on Fairview St on a vehicle that did not have a license plate, however, the driver did not stop, and a pursuit resulted. The male driver struck one of the Officers vehicles during the pursuit. Officers were able to get the male subject stopped. Officers arrested William Howe III and transported him to the Southeastern Ohio Regional Jail where he was booked in. A local tow company was requested, and the subject’s vehicle was impounded.

07:21PM Officers responded to Fort St on a report of a male subject that had been stabbed. Officers and EMS responded to the location. Officers arrested Bill Glick and transported him to the Southeastern Ohio Regional Jail where he was booked in. Officers collected evidence from the scene. A male subject was transported to O’bleness Memorial Hospital by EMS for his injuries and then life flighted to Grant Medical Center in Columbus.